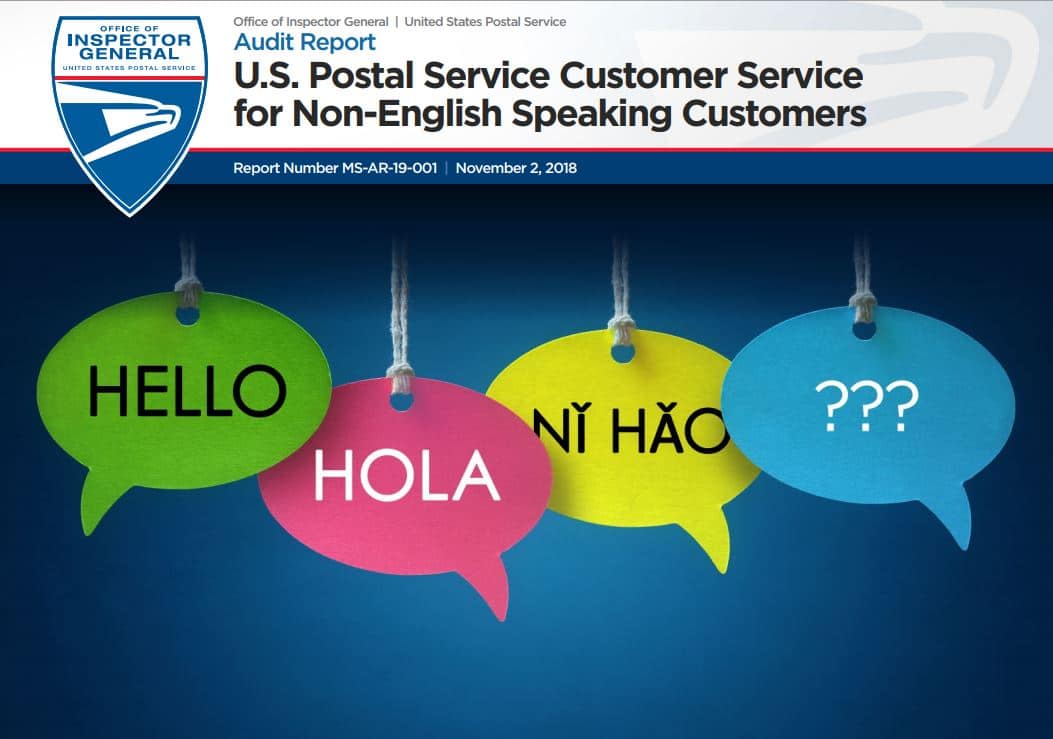 Our objective was to evaluate the U.S. Postal Service’s customer service to non-English-speaking customers.

The Postal Service, established in 1775, has as its basic function the obligation to provide postal services to bind the Nation together through the personal, educational, literary, and business correspondence of the people. In addition, it shall provide prompt, reliable, and efficient postal services to patrons in all areas and communities.

U.S. census data shows that the percent of the U.S. population who speak a language other than English grew annually from 19.6 to 21.1 percent between 2009 and 2016. Spanish, which represents the largest non-English language group, more than quadrupled since 1970, increasing from 9.6 million to 39.1 million in 2016 and accounted for 13 percent of the nation’s population. Other non-English languages spoken in the home include: Chinese, Tagalog, Vietnamese, Arabic, French, and Korean.

To provide its basic function and efficient services, the Postal Service has had to adjust to changes related to technology, community growth, and population mix.

The Postal Service has established ways to communicate with non-English-speaking customers, including adding Spanish and Chinese websites and Spanish language options in self-service kiosks (kiosks). However, some improvements could be made to better serve non-English speaking customers. Specifically, the Postal Service could make improvements in the following areas:

These conditions occurred because the Postal Service:

As a result, non-English-speaking customers may opt to use competitors’ products, negatively affecting revenue, customer satisfaction, and the Postal Service.

We also made recommendations related to kiosks, the Interactive Voice Response, and POS surveys.