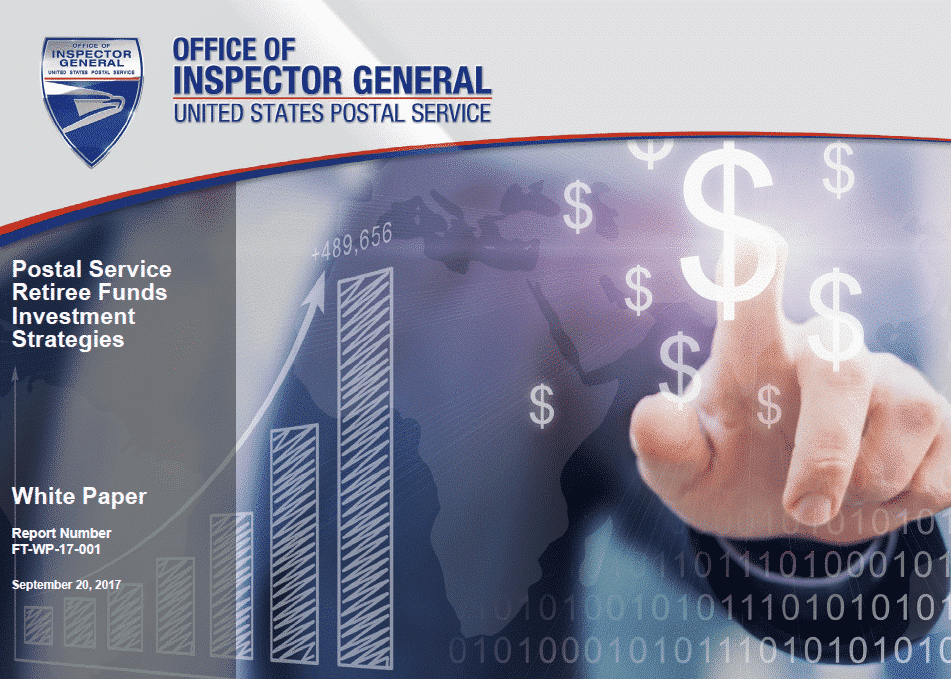 The U.S. Postal Service participates in three retirement plans: the Civil Service Retirement System (CSRS), the Federal Employee Retirement System (FERS), and the Postal Service Retiree Health Benefits Fund (PSRHBF). The first two are pension plans, and the third is set up to prefund and provide retiree health benefits. These plans are restricted to government trust funds invested solely in U.S. Treasury securities. They are often regarded as riskless in the sense that there is virtually no possibility of loss of principal.

However, the trade-off for this safety is a low rate of return that has a high probability of not generating adequate investment income to meet all the future obligations of the funds. Currently, the total funding level for all three funds is at 82 percent, and all three funds are underfunded to varying degrees. The CSRS and the FERS are over 90 percent funded (91 and 97, respectively), but the PSRHBF is only 50 percent funded.

This funding shortfall can be addressed in a number of ways — by lowering the liabilities, increasing the assets, or some combination of both. In fact, there are efforts currently in place to address this underfunding. On the liabilities side, there are postal reform bills that would lower the PSRHBF liability by requiring all postal retirees to enroll in Medicare Parts A and B. In addition, the Office of Personnel Management (OPM) is pursuing a change in rules that would allow it to use postal-specific assumptions in its liability estimates. If successful, this will lower the liability in all three funds. On the assets side, a bill in the House proposes to allow a portion of the PSRHBF to be invested more aggressively in index funds.

This paper focuses solely on exploring ways to improve the asset returns on all three funds. The OIG retained Segal Consulting (Segal), experts in actuarial science and pension plan management, to explore options to improve the funding situation on the assets side. Segal identified six alternative investment strategies — three traditional portfolios comprising publicly traded stocks and bonds and three alternative portfolios which include traditional investments as well as non-traditional asset classes such as high yield bonds, private real estate, and other investments. For both, they offer a low-risk, medium-risk, and high-risk option. In general, the higher the risk, the higher the potential return.

This paper is a proof of concept analysis. We do not advocate a specific investment plan as it is impossible to determine which alternative portfolio would be the best since this is a subjective judgment based on a fund management’s appetite for risk.