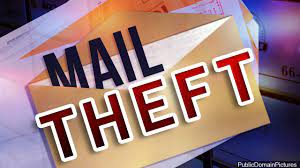 April 27, 2021
Leonard C Boyle, Acting United States Attorney for the District of Connecticut, announced that Jessica Giles, 38, of West Haven, was sentenced today by U.S. District Judge Robert N. Chatigny to two years of probation, the first three months of which Giles must spend in home confinement, for stealing cash from the mail while working for the U.S. Postal Service. Judge Chatigny also ordered Giles to pay a $2,400 fine.

According to court documents and statements made in court, between October 2019 and May 2020, while she was employed as a supervisor at the U.S. Post Office in Fairfield, Giles used the flashlight feature on her phone to examine the content of various envelopes that had been placed in the mail. When she believed that an envelope contained U.S. currency, she opened the envelope, stole the cash that was found inside and, on multiple occasions, tore up and disposed of the envelope. Recorded surveillance video also revealed that Giles stuffed approximately 19 envelopes into her pants to remove them to a more private location for further examination.

This investigation was conducted by the U.S. Postal Service Office of Inspector General and was prosecuted by Assistant U.S. Attorney Konstantin Lantsman.