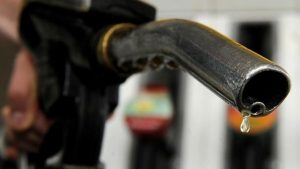 If you’re a shipper, you may have noticed your fuel surcharge fees aren’t going down in step with the declining price of oil. That’s because both FedEx and UPS tie their fuel surcharges to the price of diesel, which hasn’t dropped as far or as fast as gasoline prices. Furthermore, both shipping giants recently adjusted how they calculate fuel surcharges, resulting in surcharges that won’t drop as much as they would have under the previous calculation. In some cases, fuel surcharges are even going up.

Fuel surcharges are common in the transport industry, from taxis and airlines to moving and delivery companies. Many of these industries instituted fuel surcharges to smooth out costs when fuel prices were skyrocketing. But in times of low fuel prices, like now, customers see these surcharges as a blatant money-grab.

Right about now, you may be noting the U.S. Postal Service doesn’t have a fuel surcharge. It also didn’t go all in on dimensional weight pricing (See our previous blog). And it’s not likely to chase the next big thing in pricing: “surge” or “peak” pricing. For the 2015 holiday season, UPS said it plans to follow the Uber model and hit shippers with “peak” prices on its busiest days. This comes after UPS said it experienced higher-than-anticipated 2014 peak season expenses. FedEx is expected to follow suit. For consumers, this could mean the end of free shipping, at least on last-minute orders around the holidays.

So, the Postal Service might look even more attractive these days with its relatively straightforward, consistent pricing. Of course, the Postal Service isn’t a public company, so it’s not under the same pressure to deliver profits as UPS and FedEx are. But customers are not too interested in the whys and wherefores – they just want low-priced, reliable, fast delivery.

Do you think the Postal Service is well-positioned to lure away commercial package business from FedEx and UPS? Does the lack of a fuel surcharge put the Postal Service at any kind of a competitive disadvantage? Or is it only advantageous? Do you see the Uber surge or peak pricing model getting a foothold in other industries?

via Where is the Love from Low Fuel Prices? | Office of Inspector General.