USPS OIG Blog: What do you think was the top postal story of 2014? – 21st Century Postal Worker
Share
Tweet 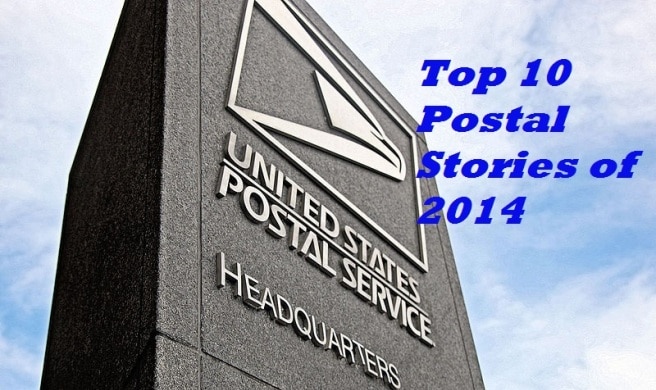 The year 2014 was certainly historic on the postal and logistics front. Alibaba entered the U.S. market with a bang, setting a record with the largest ever U.S. initial public offering. For the first time ever, non-mail revenues exceeded mail revenues for postal administrations around the world. Shippers braced for the full effect of dimensional weight pricing. And the U.S. Postal Service added its name to the growing list of agencies and companies to suffer a data breach.

All in all, quite an eventful year. OIG staff sifted through the news and put together a top 10 list of postal stories, in reverse order of impact. Share your thoughts and take our poll to vote for your top story.

10. Staples Taps Out – Under pressure from labor groups, Staples and the Postal Service ended a pilot program to set up mini-post offices in stores. Instead, the 82 Staples pilot locations transitioned into the Postal Service’s long-established Approved Shipper Program, which offers some postal products alongside those of other carriers.

9. Open Sesame! – China’s biggest e-commerce company Alibaba set a record for the largest U.S. initial public offering ever, raising $25 billion. Alibaba’s CEO said the company plans “aggressive expansion” in the U.S. With any luck, the Postal Service will figure out how to partner with Alibaba too.

8. Dim Weighting on Shippers – FedEx and UPS announced plans to price all ground parcels based on how much space they take up during transport, a concept known as dimensional weight, or dim weight, pricing. Analysts predict this change will result in the most dramatic rate-spike for shippers in decades. Meanwhile, the Postal Service bucked the trend and lowered most commercial Priority Mail prices in 2014, a move aimed at gaining commercial customers.

7. A Capital Idea – For the first time in years, the Postal Service has funds to invest in capital projects. Helped by the exigent price increase in January 2014, the Postal Service ended the fiscal year with $1.4 billion in “controllable” income and said it has about $2 billion for capital investment.

6. Postal Banking Gets Fresh Look – A raft of media coverage of an OIG paper on postal financial services energizes a lively public policy debate, including a slew of conferences, and puts the idea of postal banking on the menu of possible reforms.

5. Invasion of the Last Mile – Last mile delivery has gotten crowded with retail giants, such as Walmart and Nordstrom, trying their hands at same-day delivery and/or experimenting with crowdshipping. And smaller players are providing niche delivery services, such as Peapod for grocery delivery or Deliv that shuttles goods from shopping malls to customers.

3. New Champion of the World – Non-mail revenues now exceed mail revenues for postal organizations around the world, according to Accenture’s annual report on high-performing posts. This shift indicates how important parcels and other diversified products – representing 52 percent of posts’ total revenues – have become to posts.

1. Hack Attack – The Postal Service joins the growing list of government agencies and corporations to experience a data breach and the repercussions that come with it, including a congressional hearing, customer and employee concern, and some corporate soul-searching. There were almost 61,000 cyber attacks and security breaches across the entire federal government last year, according to a recent White House report.

What do you think was the top postal story of 2014?

Take Poll Here: What do you think was the top postal story of 2014? | Office of Inspector General.