It’s Christmas in July for the retail industry. Holiday decorations might not hit stores for a few more months, but retailers are now working on their 2015 holiday plans.

And you can bet that shipping strategies are a big part of those plans. Online sales made up about 10 percent of the $616 billion in holiday sales last year, so shipping plans are a top priority for retailers. In addition, more and more retailers are eyeing the international market, which means cross-border shipping is part of the mix as well.

As for its plans, the shipping industry is likely to heed the ghost of Christmas past to avoid repeating mistakes. UPS reportedly just started informing certain retailers that it will not give discounts on oversized items, such as furniture and grills, this holiday season. These items don’t move on the company’s automated conveyor belts and require more costly manual handling.

UPS is especially anxious for a spotless 2015 holiday season after 2 years in a row of missteps. In 2013, a surge of last-minute online orders and bad weather led to delivery failures. This past year, UPS spent too much money on extra hires and added automation to avoid the same mistake. While service was strong, the company reported disappointing financial results. 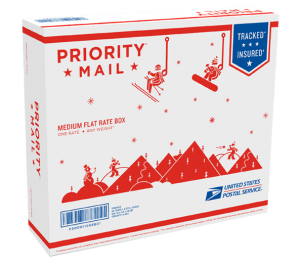 For the U.S. Postal Service, our recent audit report provides some insights into what worked well in the 2014 peak holiday season and what could be improved this year. By most accounts, the Postal Service had a successful 2014 holiday shipping season. It processed a record 865.4 million packages during the December 2014 peak period with strong service performance. While the number of packages increased by more than 88 million, delayed packages decreased by 1.8 million compared to the previous year. In addition, service improved in six of the nine package categories the Postal Service measures.

Still, it could do better to ensure packages are processed on time so as not to put revenue at risk. Package processing machines should be timely installed and fully utilized during the peak season. In addition, enough temporary workers should be hired to meet peak demand.

Source: No Time like the Present | Office of Inspector General