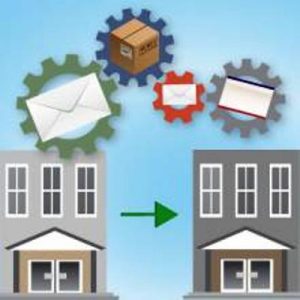 Reshaping a postal network doesn’t happen overnight. Especially one built to handle mainly letters and flats and not the tremendous anticipated growth in parcels. The Postal Service is attempting to tackle realignment in two phases, playing out over 4 years.

Phase one was completed in 2013 and resulted in 141 consolidations for an expected cost savings of about $865 million. To achieve full cost savings, however, the Postal Service also had to reduce service standards for First-Class Mail. Phase two, which started in January and will run through late summer, calls for consolidating 82 mail processing facilities and eliminating most overnight delivery of First-Class Mail. It will also change service standards for Periodicals Mail. All other products will stay the same.

The Postal Service launched its overall consolidation plan in 2012 to adjust the size of the network and workforce to the reduced demand. The plan calls for fewer processing facilities and for machinery to operate longer and more efficiently. Total mail volume has declined 27 percent since its peak in 2006, and single-piece First-Class Mail – primarily correspondence, bill payments, and greeting cards – has been hit even harder. It has declined by more than half in the past decade.

Speaking at the February Mailers’ Technical Advisory Committee meeting, postal officials said they are confident consumers will not notice the service standard changes. Surveys suggest most people don’t know what the service standards are, but they do care when their mail arrives in their mailbox. So the Postal Service is working to ensure consumers receive their mail at the same time each day. They also reminded people that consolidation doesn’t necessarily mean closing. Some facilities could be repurposed for other services.

Business mailers have generally supported efforts to eliminate excess capacity and reduce costs, with the exception of those whose business model depends on overnight service. But mailers also worry that some costs could be shifted to them. Unions have opposed the consolidation plan, arguing it downgrades service and delays mail at a time when the Postal Service should be stepping up its efforts to compete with digital communications. As for consumers, the Postal Service may be right that they won’t really care – unless they notice a change in delivery performance. It’s also worth noting that service standards are not changing for Priority Mail or Package Services, so the Postal Service should be able to satisfy customers’ growing demand for packages.

Are you concerned that network consolidation has resulted or could result in mail delays? Or do you think network rationalization is necessary to reduce costs? If you oppose consolidation, how do you recommend the Postal Service better match its capacity to demand?