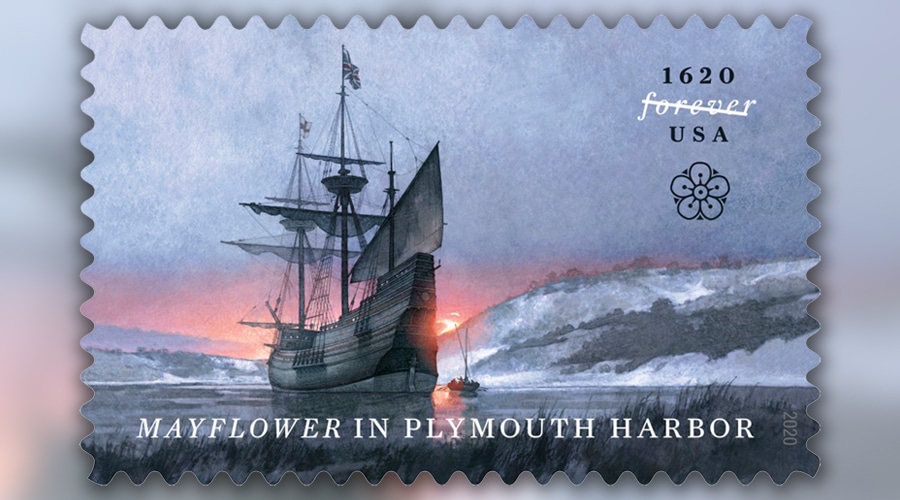 The Mayflower in Plymouth Harbor stamp shows a scene of desolate beauty at the end of the Pilgrims’ harrowing journey to an unfamiliar world.

The Postal Service will release its Mayflower in Plymouth Harbor stamp on Thursday, Sept. 17.

The Forever stamp, which USPS announced last year, commemorates the 400th anniversary of the Mayflower’s arrival off the coast of Plymouth, MA.

The ship, which completed its perilous voyage on Dec. 16, 1620, carried 102 English passengers who became known as Pilgrims. The story of their settlement in America has become part of the larger story of the nation’s founding ideals.

Greg Breeding, a postal art director, designed the stamp, which artist Greg Harlin illustrated using a combination of watercolor, gouache and acrylics with some digital refining.

The stamp will be available in panes of 20 at Post Offices and usps.com.