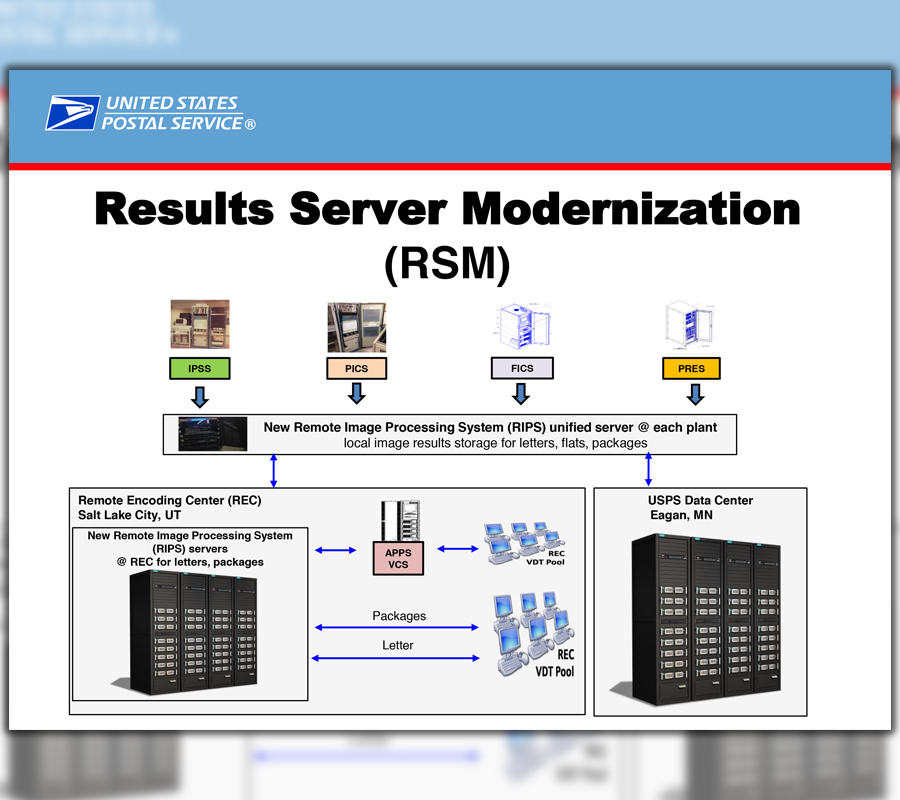 USPS has created this graphic to explain the rollout of the new equipment.

The Postal Service is rolling out a major computer system upgrade at mail processing plants across the United States.

“The same hardware has been chugging along for 30 years now. But there are no spare parts for it anymore,” said Engineering Informational Sciences Specialist Stephen Tanner. 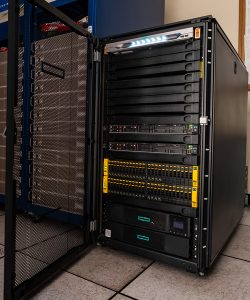 A single, centralized computer system has replaced legacy equipment at the Merrifield, VA, Processing and Distribution Center, part of a rollout at postal facilities across the nation.

The new system, known as the Remote Image Processing System, receives information from a variety of sources that communicate with each other, improving mail sortation. For example, the servers send sortation results to multiple sites before the physical mail arrives, which helps speed processing times at “downstream” sites.

Additionally, when the servers receive images of poorly addressed mail, the images are automatically sent to the Remote Encoding Center, where human “keyers” review the images, determine where the mail is supposed to go, and send that information to the appropriate plant.

Also, the servers are considerably more powerful and energy efficient than the legacy system, which requires significant cooling and electricity to operate, and they require less maintenance and fewer operating costs.

The new system currently handles letters and packages, and it will soon handle flats, too.

“We’ve also added lots of diagnostic capabilities to the servers that allow for predictive maintenance. We think it will be a winner for the plants,” said Engineering Technology Acquisition Manager Lee Green.

The system, which has been in development for almost three years, is undergoing testing at the Merrifield, VA, Processing and Distribution Center. USPS plans to deploy the system at 300 sites across the United States from April-September.

Said Tanner: “We will use all of the old networking addresses, so the installation is almost like turning one system off and turning another on.”