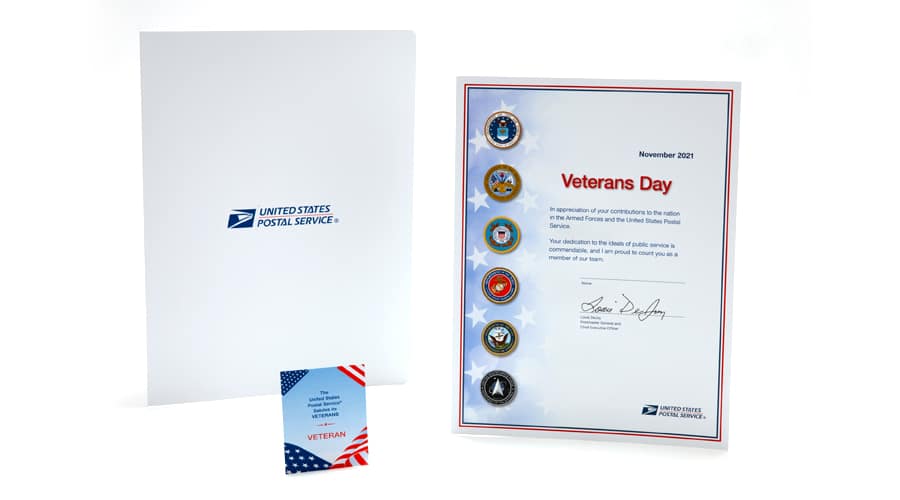 USPS will present employees with certificates of appreciation and other tokens for Veterans Day.

November 8, 2021
To honor employees who served in the military, the Postal Service will present them with special gifts of appreciation for Veterans Day.

Former and current members of the Army, Air Force, Navy, Marines and Coast Guard will be presented with a certificate of appreciation signed by Postmaster Louis DeJoy, a certificate holder, a card that identifies the employee as a veteran and can be worn behind USPS ID badges, and a blue lanyard.

The items were recently sent to region, area and headquarters business units for distribution.

The organization will also release a special Veterans Day video during the week of Nov. 8.

The Postal Service is one of the largest civilian employers of former and current members of the armed forces, who make up approximately 15 percent of the organization’s workforce.

Hiring Our Heroes, a program of the U.S. Chamber of Commerce Foundation, recently presented USPS with the Wounded Veteran and Military Caregiver Employment Award in recognition of its contributions as an employer of wounded veterans.