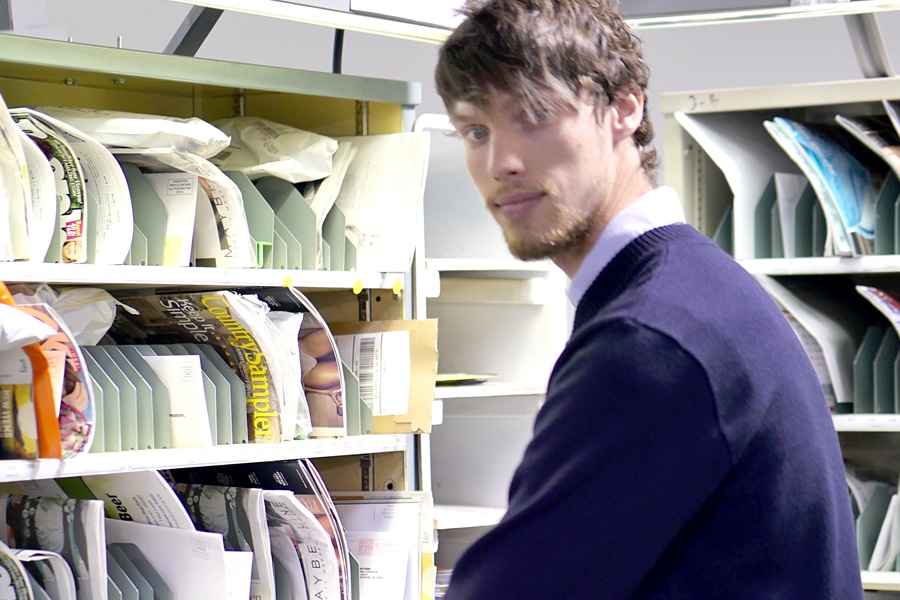 John Okland, who was recently converted to a letter carrier position in Front Royal, VA, joined USPS in 2012.

John Okland set his sights high when he joined the Postal Service in 2012.He worked his way up through two non-career jobs in Front Royal, VA, and was recently promoted to a letter carrier position.

Okland is one of 18 transitional employees that Capital Metro Area’s Northern Virginia District has converted to career positions this year.

Before joining USPS, Okland was a guitarist in a local band.

“I appreciate the additional security my position with the Postal Service provides,” he said.

Okland also enjoys the exercise he’s getting from walking a regular route and credits his experience as a city carrier assistant (CCA) for his success.

The CCA position provides an opportunity to learn delivery operations and experience the outdoor work environment.

Okland said he likes the security of a career position and looks forward to exploring opportunities for advancement.

“We are very fortunate to have John on our team,” said Front Royal Officer in Charge Vickie Grimes. “He does an exceptional job.”