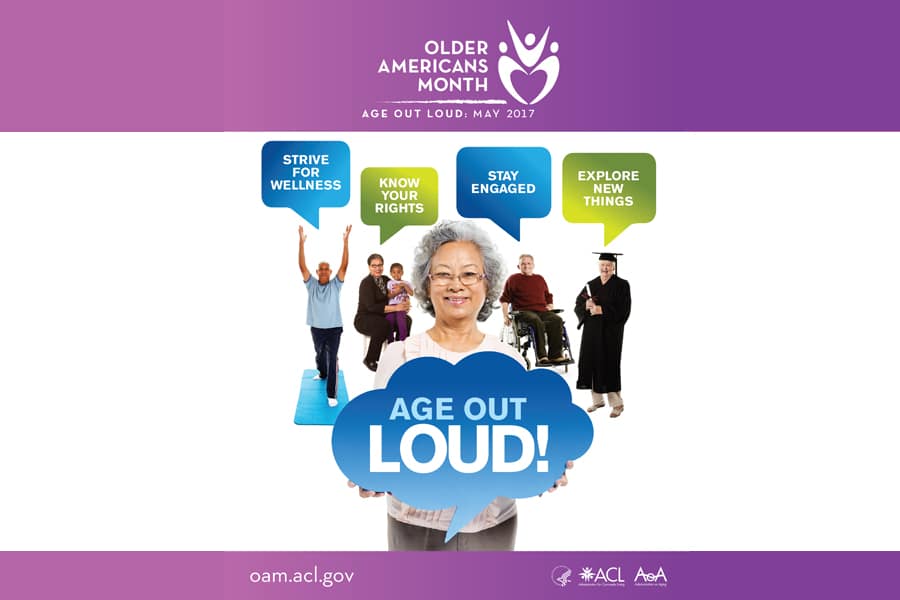 This year’s theme: ‘Age Out Loud’

May is Older Americans Month, which is held each year to celebrate older adults.

This year’s theme is “Age Out Loud.” The goal is “to give aging a new voice — one that reflects what today’s older adults have to say,” according to the Administration for Community Living, the federal agency that organizes Older Americans Month.

According to the federal Agency on Aging, more than 98 million people in the United States will be older than 65 in 2060 — comprising nearly 1 in 4 U.S. residents. Almost 20 million would be 85 or older.

Baby boomers will number 2.4 million in 2060, with the youngest of them being 96 years old.

The year 2033 will mark the first time the population aged 65 and older will outnumber people younger than 18 in the United States.

The Postal Service is encouraging employees to participate in Older Americans Month by helping to raise awareness of aging issues.

The Administration for Community Living’s site has posters, logos, event tips and other information.