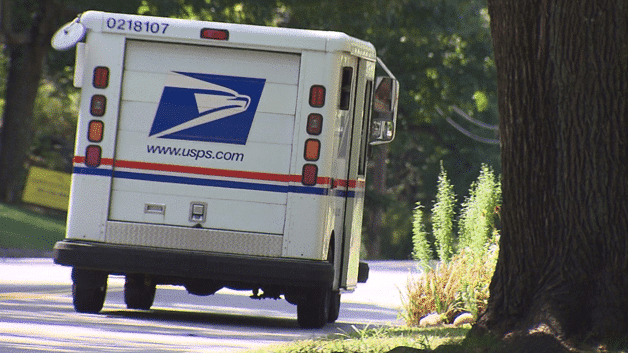 A USPS truck in Winchester. (WBZ-TV)

November 16, 2016
BOSTON (CBS) — With a third of their workforce eligible to retire, the U.S. Postal Service in eastern Massachusetts is looking to hire hundreds of new workers.

Though the new positions would start as temporary and non-career in nature, Powers says they’re looking for people who will have a 30- to 40-year career with the Postal Service. Those temporary employees would become career employees after a set period of time as part of their Collective Bargaining Agreement.

Powers said the greatest demand is for letter carriers in the city, but the push also includes sales and service associate and clerk positions.

The positions would pay an entry-level wage of $16 an hour, but Powers said there would be opportunity for overtime and salary increases.

In addition to so many of their employees reaching the age for retirement, Powers said the hiring spree comes in part because the USPS has had an increase in package delivery volume and faces competition from services like Amazon, UPS, and FedEx.

In an article about the USPS hiring push Tuesday, The Boston Globe reported that $16 an hour wouldn’t get someone very far in the city and noted the unappealing points, including that the job can require a lot of walking, carrying bulky packages, and working in all kinds of New England weather.