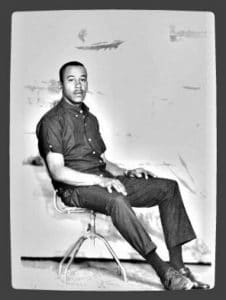 It’s bad enough for family members when a loved one dies. Getting cheated by Uncle Sam afterward makes it worse.

He did that in cases involving more than 2,000 beneficiaries who didn’t get the full benefit of U.S. Postal Service life insurance policies. After waging a losing fight, the Postal Service surrendered, agreeing to a settlement of up to $49 million. The agency is now sending checks to the beneficiaries it can find, but some of them may never know they are owed money.

They would have been easier to find if postal officials had not taken decades to resolve the situation.

The case started with Pamela McKinney, a former federal employee and now a local government worker in Chicago. When her father, a postal employee and decorated Army veteran, died in 1982, the life insurance payments were short because they did not include calculations covering cost of living increases that boosted her dad’s wages. She did get the additional payments much later, in 2008, but without interest.

Just this month she received a check for $25,000 in back interest.

Anyone who has ever had a tax problem knows Sam demands interest on late payments. But when he is late — more than 20 years behind in this case — he reacts to interest he owes as if it were a rash.

When McKinney began asking about the interest, she received a curt email in response. The relevant agreements “do not state that the USPS is obligated to pay any interest on the monies due to the beneficiaries,” the message from a payroll benefits supervisor said. “Payment of interest to one beneficiary without any legal precedent or valid reason would be fiscally irresponsible and a clear violation of our fiduciary responsibility… there will be no additional response from this office.”

“Rather than promptly locating and paying eligible beneficiaries, the Postal Service dawdled,” he wrote in a ruling against USPS. “Many beneficiaries were made to wait decades to receive payment and some still have not been located and paid.”

So far, checks to more than 400 beneficiaries have been mailed. “Prior to the settlement our firm found hundreds of the beneficiaries who could not be found by the Postal Service,” said Fierst, who represents McKinney and others in the class action. “We did not find them all.”

Bruce Hall was found, but his case demonstrates why finding everyone is difficult.

His sister, Deborah, was a postal employee who died in 1995. Their brother, Stephen, who was Deborah’s beneficiary, died soon after.

“Bruce is the heir to the estate of the now-deceased beneficiary. He is entitled to be paid, but we need a clear paper trail showing he is the proper person,” Fierst explained. “We were able to locate Mr. Hall, who is the heir to the life insurance beneficiary, but not the beneficiary himself. You can easily see from his circumstance the kind of problems that arise.

“The Postal employees at issue died many years ago … and in many instances the beneficiary named in the policy is a spouse or other relative, who may also have died in the interim,” Fierst added by email. “The deceased beneficiary’s heirs may be scattered around the country, may have married and changed their name, and may even have died themselves. It was a difficult and time-consuming process to find as many of the beneficiaries as we could.”

Bruce was lucky he was found.

His sister, brother and father all died in 1995. “It was a tough time for me,” he said by phone. Bruce, a retired colonel living in Lenoir, N.C., was shot down three times in combat while flying medical helicopters. He still flies for fun.

His brother took care of family business, so Bruce was surprised to learn he’ll be getting a check. But when?

McKinney said one lesson she learned from this long ordeal is “if you believe you are truly right don’t be intimidated” by the government.

She thinks her father, who was awarded the Bronze Star, would be proud.

“I think this would be a big deal to him,” she said. “He would have wanted us to do this.”

Source: Perspective | USPS agrees to $49 million settlement after having long ‘dawdled’ in payments to beneficiaries