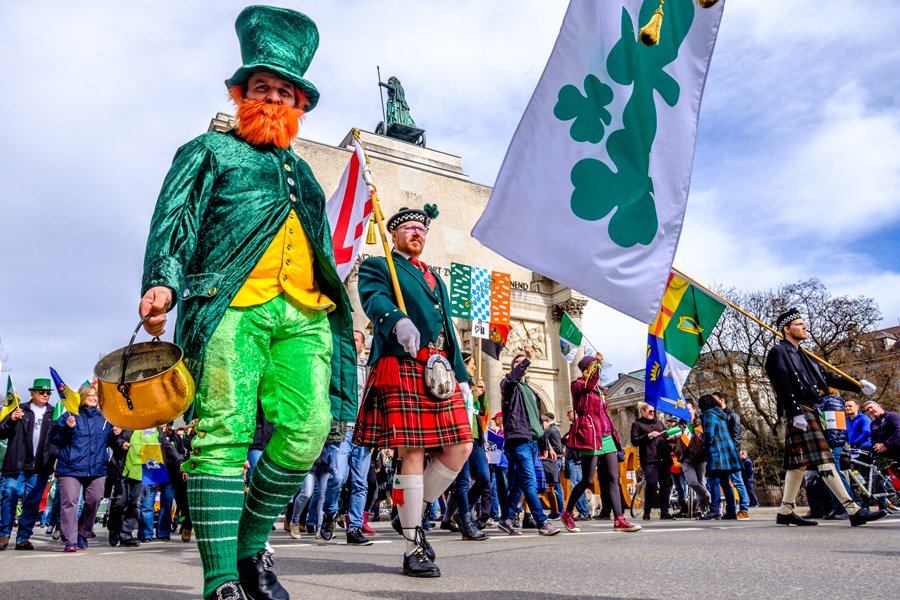 To help mark St. Patrick’s Day on March 17, here are five facts about the annual cultural and religious celebration.

1. St. Patrick wasn’t Irish. Although Patrick is the patron saint of Ireland, he was born in Roman Britain in the 4th century. At the age of 15, he was seized by Irish raiders and sold as a slave in Ireland. Six years later, he escaped and returned home, then entered the priesthood. As an adult, Patrick returned to Ireland, where he lived for 30 or more years.

2. Green hasn’t always been the color associated with St. Patrick’s Day. The color originally linked to the holiday was blue, which appears on some ancient Irish flags. Green wasn’t introduced to St. Patrick’s Day festivities until the 18th century, when the shamrock became a national symbol.

5. USPS has never issued a St. Patrick’s Day stamp. However, several Irish-Americans have been honored on stamps over the years, including playwright Eugene O’Neill (1967), architect James Hoban (1981) and singer John McCormack (1984).