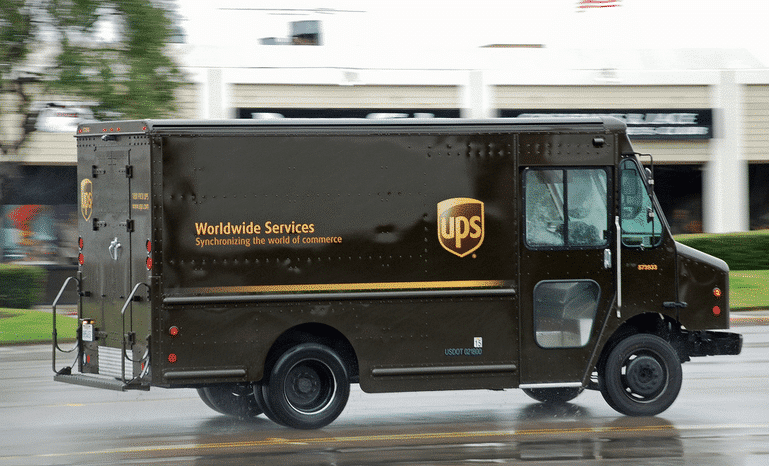 Last week, in advance of its quarterly earnings report, UPS admitted that it over-spent on holiday shipping in 2014 and that it wouldn’t make that mistake again. Today, with those quarterly earnings announced, the company announced how it’s going to make back some of its money — by tacking on surcharges for residential deliveries.

The surcharges aren’t something that you’ll see immediately applied everywhere, but will be rolled out as UPS renegotiates its shipping contracts with its largest customers, reports Reuters.

“These pricing strategies will be designed to ensure we are properly compensated for the value we provide,” explained UPS CEO David Abney.

So why put a surcharge on residential deliveries?

According to UPS, because you’re usually only bringing a single package to a home while many businesses receive multiple parcels each day, these home deliveries cost three times what it costs to make deliveries to businesses.

As companies renegotiate their deals with UPS, expect to see fewer free shipping offers or for e-tailers to increase their minimum orders for free shipping.

You should also expect to see a push toward centralized delivery locations, like the Amazon Locker depots that are set up in retail locations like 7-Eleven stores. These allow shippers to bring multiple parcels to one spot where customers can pick them up at their leisure. Don’t be shocked to see Amazon try to make these more attractive, especially for Prime subscribers, and other companies attempt to replicate this model.

After a dismal 2013, in which weather and consumers’ growing love of e-commerce conspired to leave more than a million parcels undelivered by Christmas day, UPS went all-in for 2014, sinking hundreds of millions of dollars into improvements and hiring around 100,000 seasonal workers. And while it all meant that packages were delivered in time for the holidays, there wasn’t enough business for UPS to ultimately recoup those expenses.

“UPS customers were delighted with the high quality service we delivered during the holiday season,” said Abney in a statement. “However, the financial results were below our expectations.”

via UPS Hates Coming To Your House, To Begin Tacking On Surcharges For Residential Delivery – Consumerist.

One thought on “UPS Hates Coming To Your House, To Begin Tacking On Surcharges For Residential Delivery”