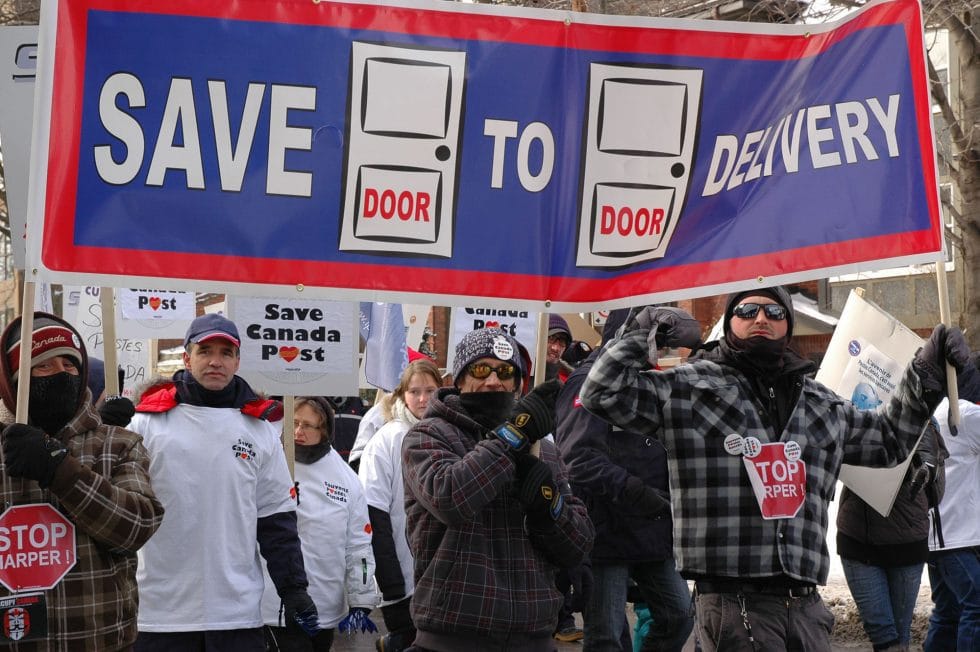 The move aims to save 8,000 postal jobs which the Canadian Union of Postal Workers estimates will be lost if Canadians are forced to collect their mail from community mailboxes.

Union boss Denis Lemelin told AFP the elimination of home delivery discriminates against the elderly and handicapped because it limits their access to a public service.

“There are people who are particularly impacted by the change. They have a right not to face discrimination on the basis of their age or handicap,” he said.

Canada Post has not yet filed a statement of defense.

The Crown corporation started installing the cost-cutting community boxes in cities in mid-2014, and was scheduled to complete the changeover within five years.

The change impacts the remaining third of households, mostly those in older city neighborhoods.

The union’s legal challenge is backed by six other organizations representing elderly and disabled Canadians.

Mayors of 500 municipalities across Canada have also asked Canada Post to rethink its plan, while urging the federal government to intervene.