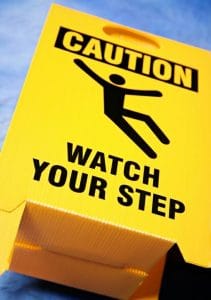 A postal worker who slipped on a wet stairway at a post office and sustained a torn ligament will be paid $21,000 by the government.

Chief Judge Christopher C. Conner of the Middle District of Pennsylvania ordered the United States to compensate James Starry Jr. for past medical expenses arising out of his negligence claim against the government.

In his opinion, Conner, who noted the post office did not have a mat on its front stair case, wrote, “Starry has proven by a preponderance of the evidence that the United States is liable for negligence. The post office had an affirmative duty to protect Starry, a business invitee, against known and reasonably discoverable dangers.”