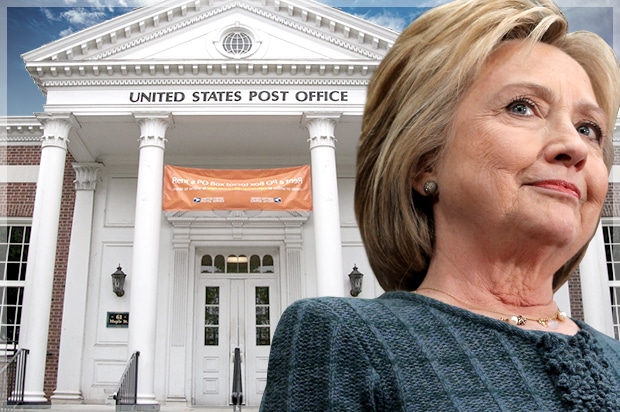 If Hillary is willing to face down big business to benefit the working class, she should revive postal banking

Gail Cornwall – February 28, 2016
As she watches a man with whom she publicly agrees on almost everything be anointed prince of progress, Hillary Clinton feels the burning desire to have her liberalism recognized. It’s an uphill battle, because she doesn’t appear to understand what it’s like to be a working-class American. Two words can change everything: postal banking.

Hillary hasn’t lived on the financial fringe. She’s never stood in a check-cashing line, waiting to pay a fee to convert her earnings, then ridden the bus to a Verizon store so that she can pay her bill in cash, or purchased money orders to send so the heat doesn’t get shut off, her tap run dry. A $25 fee has never meant the difference between Hillary eating lunch all week and a stomach that churns each day from noon until night.

But she can empathize. By championing this one proposition—the offering of savings and checking accounts, money transfers and even small loans by the U.S. Post Office—Hillary can prove her willingness to face down big business for the benefit of the working class. Logistically and politically far easier than raising the minimum wage, postal banking could be key to both securing the nomination and improving the lives of millions of Americans.

Mehrsa Baradaran, a banking law scholar at the University of Georgia School of Law, explains the necessity:

Over half of the U.S. population would need to borrow money if they had a shortfall of $400 due to an unexpected expense. When these people face an emergency, they often have to take out loans from payday lenders at 300-2000 percent APR. And 40 percent of the public is either unbanked or underbanked, meaning that they rely on alternative financial services like check cashers. The unbanked pay around 10 percent of their paychecks to use and move their money. That’s about the amount the average low-income family spends on food.

More/ Source: Two words for Hillary if she wants to connect with the financially struggling: “Postal banking” – Salon.com