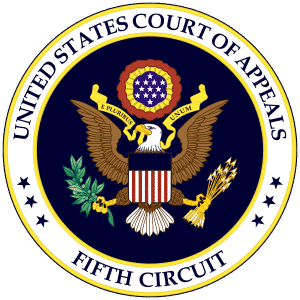 A postal employee who was put on unpaid leave for two days but was subsequently paid for the days missed cannot show that he suffered an adverse action necessary to prove retaliation, the 5th U.S. Circuit Court of Appeals ruled.

Javier Cabral is a letter carrier for the U.S. Postal Service. In 2012 and 2013, he complained repeatedly of discrimination, harassment and retaliation from his supervisors, and filed three equal employment opportunity (EEO) complaints and numerous union grievances. According to the Postal Service, Cabral was a difficult employee, struck one of his supervisors with a postal vehicle and engaged in various acts of insubordination. Cabral sued the Postal Service under Title VII of the Civil Rights Act of 1964 and the Age Discrimination in Employment Act of 1967, claiming that the Postal Service harassed him, retaliated against him for his complaints by placing him on two days of leave (initially unpaid), and discriminated against him based on his race, national origin and age. Cabral is Mexican-American and was in his mid-40s when the alleged misconduct occurred.

The district court granted summary judgment for the Postal Service on all of Cabral’s claims except his claim that he was retaliated against by being placed on unpaid leave on Sept. 9, 2013. On Sept. 3, Cabral returned to work after his suspension for allegedly striking a supervisor with a postal vehicle. Cabral contends that, upon his return, a supervisor began badgering him with questions. On Sept. 9, Cabral was placed on unpaid leave after a supervisor asked him to produce a valid driver’s license and he failed to do so. He was returned to work after two days. A few weeks later, he was reimbursed for the lost pay.

Although Cabral claimed that he was placed on leave in retaliation for filing complaints, the Postal Service claimed that it was because his supervisors believed he was operating his postal vehicle with a suspended driver’s license. Cabral’s license had been suspended for a DWI conviction, which he failed to disclose to his supervisors in violation of Postal Service rules. Cabral could have continued driving postal vehicles using his occupational license but his occupational license may have been invalid at the time because of his failure to pay an administrative fee.

After the district court denied summary judgment on Cabral’s retaliation claim, the Postal Service moved for reconsideration. It challenged the ruling because Cabral had failed to present sufficient evidence that the two-day suspension amounted to a materially adverse action under Title VII. The court granted the Postal Service’s motion and dismissed the retaliation claim.

The court further agreed with the district court that a two-day suspension without loss of pay could not establish a materially adverse action under Title VII. A long suspension that is later reimbursed can be materially adverse if the suspension has significant physical, emotional or economic consequences on the employee. Because Cabral did not provide any documentation of physical, emotional or economic harm to him resulting from the two-day suspension, however, he could not establish this required element of his retaliation claim. Thus, the court affirmed dismissal of the claim.

Professional Pointer: In 2006, the U.S. Supreme Court made it easier to prove retaliation by requiring that the employee need only show a “materially adverse action” and not a formal job change like firing or demotion following a protected complaint. Even then, not every unfavorable decision will satisfy this requirement. Rather, to prove retaliation, an employee must show that the action was so harmful that it would deter a reasonable employee from making a complaint.

Jeffrey Rhodes is an attorney with Doumar Martin in Arlington, Va.