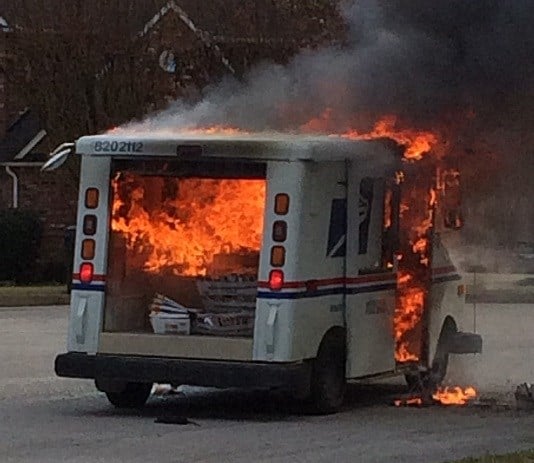 January 11, 2016
With over 211,000 vehicles, the Postal Service operates the largest civilian fleet in the world. About 190,000 vehicles are used to collect and deliver the mail, and about 140,000 of them are Grumman-built Long Life Vehicles (LLVs), the iconic postal trucks that are a ubiquitous presence on America’s streets and roads.

These LLVs are getting on in years, and it’s long past time to begin replacing them. They’re getting far too expensive to maintain, they may be involved with an increasing number of accidents, and more and more of them are ending their lives in a fiery blaze with a postal worker scurrying to save the mail.

Just last week, another LLV went up in flames in Tyler, Texas, and nearly 2,000 pieces of mail were destroyed. Along with videos of letter carriers tossing packages and pictures of cars crashing into post offices, images of postal trucks on fire have become an Internet meme.

Most LLVs are Right Hand Delivery (RHD) vehicles that were purchased between 1987 and 1994. They weren’t built to last forever. In fact, they were designed to go for 24 years, and many of them are already well past their expected lifespan.

As this chart from a February 2015 USPS presentation shows, most RHD LLVs are now more than 24 years old. (There are more details in this useful infographic.) 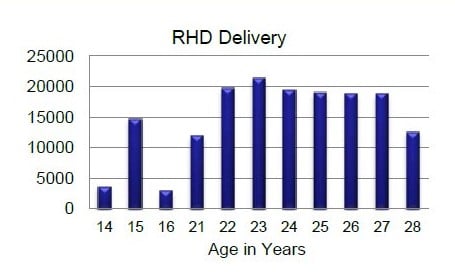