Policy Statement No. W15-09
Adopted February 22, 2015
The United States Postal Service (USPS) and its dedicated workforce have been serving our country and keeping our economy moving for over two centuries. But despite its popularity among the overwhelming majority of Americans, USPS faces unprecedented challenges and fiscal difficulties, most of which are a product of bad decisions and missed opportunities in Washington.

The problems facing USPS can be traced back to inaction by lawmakers who have stalled needed reforms that will let USPS and its workforce thrive. For too long Congress has forced the USPS to operate under rules that make it almost impossible for it to achieve long-term financial solvency. We call on Congress to finally move on postal reforms that maintain high standards of service including six-day delivery, and that protect postal jobs. 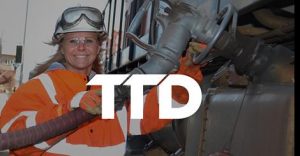 Transportation labor has long held that a strong, financially sound Postal Service is fundamental to the efficient transport of goods and the success of our diverse transportation network. Postal employees drive 1.2 billion miles on our roads each year in addition to utilizing nearly every other mode of transport; this makes the USPS a major user and indispensable part of our transportation system. That is why TTD has stood with the members of its two postal affiliates, the National Association of Letter Carriers and the National Postal Mail Handlers Union/LIUNA, to block anti-Postal Service proposals and to rid the agency of responsibilities that unfairly saddle it with debt.

Of course it is difficult to consider and debate serious proposals in the face of political attacks. It is time to shelve wrongheaded proposals to eliminate Saturday delivery service. This idea has been promoted by some as a solution to USPS’s budgetary woes, but it is a short-sighted plan that would do more harm than good. A review of the plan to cut Saturday delivery contracted by the Postal Regulatory Commission showed that USPS had vastly overestimated the plan’s projected savings and that the strategy could potentially yield no savings at all. In fact, given the popularity of Saturday service amongst small businesses and other merchants, eliminating it could actually cost USPS money by driving away business. And a reduction in revenues due to the elimination of six-day delivery would ultimately result in draconian USPS job cuts.

Last year, we stood up against a proposal to use the alleged savings from cutting Saturday delivery to close the funding gap in the Highway Trust Fund. TTD opposed this blatant attempt to divide transportation labor and helped to defeat this poorly-conceived proposal. USPS is a crucial transportation provider that should not be sacrificed in order to meet transportation funding needs elsewhere. We will continue to oppose such efforts no matter where they surface.

Additionally, we support the continuation of direct door delivery and oppose attempts to mandate that USPS convert to cluster-box delivery – groupings of mailboxes at a centralized location. Current regulations allow for that conversion, if residential and business customers approve the change. And yet, less than 0.1 percent of residents and less than 0.8 percent of businesses have opted to utilize cluster boxes. As with eliminating Saturday service, moving away from direct door delivery would diminish a service valued by customers, risking that business for USPS.

We also support the restoration of service standards that have already been substantially lowered at the discretion of USPS. In July of 2012, the Postal Service rolled out an aggressive approach to cutting costs by increasing the number of days allotted to deliver certain types of mail and shuttering processing facilities. These lowered standards jeopardize the continued efficiency of USPS’s business and its ability to retain customers. TTD calls for these standards to be restored to earlier, acceptable levels.

TTD has endorsed common sense reforms that would dramatically improve the fiscal health of USPS. The USPS must be relieved of the burdensome requirement that it pre-fund future retiree health benefits, an unreasonable policy that is not imposed on any other private business or government agency. If this mandate were removed, the Postal Service would be profitable. Also, we support implementing changes that will modernize the Postal Service and allow it to adapt to a changing industry and meet the needs of its customers. USPS’s announcement that it will soon replace its delivery vehicle fleet with safer, more fuel-efficient vehicles is great step in that modernization effort.

As the second largest employer in the country, USPS provides good-paying middle-class jobs to over half a million Americans and supports another 7.5 million private sector jobs. It is time for our elected leaders to focus on real reforms that will stabilize the USPS and give it a chance to modernize and grow its service. Most of the Postal Service’s red ink is attributable to problems that can be solved without having to institute damaging cuts such as eliminating six-day delivery. Transportation unions will engage in a serious reform effort focused on fortifying the long-term financial solvency of the USPS, preserving services that Americans and businesses want, and protecting middle-class postal jobs.

via A Reform Agenda That Ensures a Strong United States Postal Service – TTD.