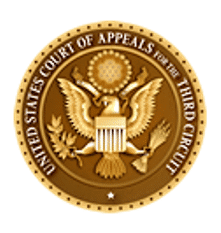 The Third Circuit revived a Family Medical Leave Act suit against a Pennsylvania hospital network that denied a former employee’s leave request because of an allegedly invalid medical certification, finding the worker should have had a chance to fix problems with the certification.

By Matthew C. Lonergan – July 2, 2015
In Deborah Hansler v. Lehigh Valley Hospital Network, the United States Court of Appeals for the Third Circuit overturned a motion to dismiss granted to Lehigh Valley based on FMLA regulations and its interpretation regarding “insufficient medical certification.” This decision could be significant as employers weigh their obligations under the FMLA against their right to deny an employee’s request for leave.

Hansler worked as a technical partner at Lehigh Valley. In March 2013 she began experiencing shortness of breath, nausea, and vomiting. On March 13, Hansler submitted a medical certification form “requesting intermittent leave at a frequency of two times weekly starting on March 1, 2013 and lasting for a probable duration of one month—or until about April 1, 2013.” Hansler then missed work on March 13, 14, 23, 24, and 25. Lehigh Valley never sought additional information from Hansler or her physician regarding the medical certification and terminated her employment on March 28 for absenteeism. When Hansler questioned why she was terminated after submitting the request for FMLA, she was provided a copy of a March 26 letter indicating that her leave had been denied because “her condition presently does not qualify as a serious health condition under the criteria set forth by the Medical Leave Act.” Shortly thereafter, Hansler received a diagnosis of diabetes and high blood pressure, and claimed that these previously undiagnosed and untreated conditions were the cause of her March absences.

Hansler brought suit under the FMLA claiming she suffered from chronic serious health conditions and that she was improperly denied leave without being provided an opportunity to cure a deficient medical certificate. The district court dismissed Hansler’s claim on the basis that she was not entitled to leave because the medical certification indicated her condition would only last one month and that such a short duration did not qualify as a chronic serious health condition, which has to persist for an “extended period of time.” Although the subsequent diagnoses of diabetes and high blood pressure might have served as qualification if it had been originally provided, the review of Lehigh Valley’s actions was based on the information it had at the time the request for leave was made.

The FMLA defines a serious health condition as, among other things, one that involves inpatient care in a hospital or continuing treatment by a healthcare provider, typically requiring periodic visits of at least twice a year by a healthcare provider and continuing over an extended period of time. Pursuant to the regulations, an employer must advise an employee whenever the employer determines that the medical certification is “incomplete or insufficient” and to state in writing what additional information is needed to make the certification complete and sufficient. The regulations further provide that a certification is “incomplete” if certain entries in the form have not been completed, and it is “insufficient” if the information provided is vague, ambiguous, or nonresponsive. If the employer determines that the certification is either incomplete or insufficient, it may deny the leave based on inadequate certification but only if it has provided the employee with seven calendar days to cure the deficiency.

The district court ruled that the certification was invalid on its face because the requested one-month leave did not meet the definition of an “extended period of time.” Accordingly, Hansler’s condition did not qualify as a chronic serious health condition and denial of her leave was appropriate. On appeal, Hansler claimed that Lehigh Valley interfered with the exercise of her FMLA rights and retaliated against her for seeking such leave. The Third Circuit ruled that the certification was, in fact, vague and ambiguous and was not a “negative certification” as determined by the lower court. The Court cited several other appellate decisions indicating that negative certifications are those in which a serious health condition does not prevent the employee from performing her job and held that Hansler’s certification did not contain such a statement.

The Court determined that the language requesting leave “lasting for a probable duration of one month” was vague, ambiguous, and nonresponsive because it failed to specify whether the one-month duration referred to the length of the leave request or to the duration of her condition, thereby making it “insufficient” under the regulations. In the Court’s view, the language related solely to the length of the leave request but did not indicate a serious health condition existed. Because of that ambiguity, Lehigh Valley should have provided notice of the deficiency and given Hansler seven days to cure it.

The Third Circuit also held that the relevant inquiry was not whether Lehigh Valley could have known that Hansler was suffering from a chronic health condition when she requested leave; rather, it was whether the certification was insufficient and/or incomplete. The fact that Hansler was diagnosed with her illnesses after she was terminated does not affect the determination of whether her medical certification was insufficient when it was submitted. The Court confirmed that Lehigh Valley’s obligation upon receipt of the insufficient certification was to advise Hansler of the deficiencies and provide her the opportunity to cure. Lehigh Valley’s failure to do so constituted interference with Hansler’s rights under the FMLA.

As to Hansler’s retaliation claim, the Court ruled that she met the statutory requirements of having invoked the right to leave and suffered an adverse employment decision. Having previously rejected the district court’s decision that Hansler’s request was not valid, the Court ruled that her claim for retaliation could not be dismissed at this stage of the litigation.

The dissenting opinion of Judge Roth focused on the fact that Lehigh Valley could only be assumed to make its decision based on the information it had when the request was presented, noting that there were no incomplete entries on the certification form and that the information was not vague, ambiguous, or nonresponsive. Judge Roth further noted that the medical certification accurately reflected her condition at the time of the request, which Lehigh Valley was within its right to reject.

This decision constitutes a fairly broad interpretation of the employer’s obligations regarding incomplete or insufficient medical certifications and the opportunity to cure. An employer that exercises its right to deny a request for leave based on a certification that is neither incomplete nor vague on its surface may be leery of making such a decision given this development. A conservative approach would suggest that the employer should request additional information if the certification has any ambiguity or if the determination of whether the stated medical condition is a serious health condition could be subject to interpretation.