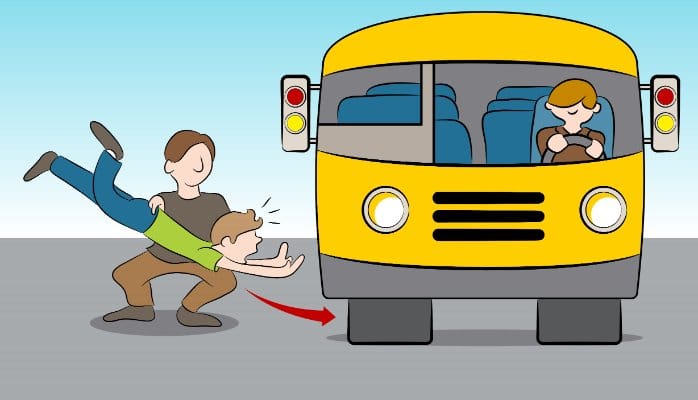 One of the issues involved in HR 756 is what is in it for the membership of the APWU? I came to work for the old Post Office Department in 1968, and left in 2012. I represented the APWU for a good part of that time. Our experience during that time should show us that we cannot base our decisions on what we expect. A signed contract that is clear and unambiguous is no protection. The APWU is throwing retirees under the bus for what amounts to speculation. I don’t believe that the membership of the APWU has anything to gain with this bill. The following Q&A supports that line of thought:

Q30: Why does the APWU support H.R. 756 when there is no language to restore overnight delivery standards?
The return of overnight delivery standards is an important goal of the APWU. However, pressing for it in this bill undermines its passage because neither the USPS nor the mailers agree to support this language. The reality we face is that no legislation will survive in the current political environment without the support of the four major postal unions, postal management and a significant portion of the major mailers. APWU’s effort to restore service standards will continue in other forms.

Q31: What about protection against further postal and plant closures?
If USPS finances are stabilized, there is less pressure to cut back on services. Conversely, if postal reform legislation is not passed soon, the Postal Service may look to implement further service cuts, such as eliminating delivery days, closing processing plants, reducing staffing, shuttering post offices and subcontracting more work – and services. Remember, a declining Postal Service is also an easy target for full-blown privatization.

The USPS has been turned into a delivery service for the mailing industry. They do not need overnight delivery. They do not want the USPS to hire more employees because that would mean higher costs for them. Those costs could not be pushed onto first class postage, in their entirety. They do not need more plants. They are non union for the most part, and they like it fine right now.

I can remember an argument I had with a representative of BNA books. I wanted them to send my local several arbitration books by Priority Mail. She wanted to send them by UPS. I told her I would have them the following day, and she said that she felt otherwise I called her the next day when I had the books, and she said that was the exception. She refused to believe otherwise. Senior management (the BOG and PMG) are responsible for the service cuts that put that idea in the mailer’s minds. They will not change their practices because they get out from under the prefunding mandate.

I could go on and on about the various PMG’s that ran the USPS during the 44 years that I worked there, but you get the idea. APWU management has made up their minds that they are going to support this bill. We are not going to change that. Numbers count, and 20% is less than 80%. My advice to those of you who agree with me is to write your member of Congress and U,S, Senator. Better yet, stop in and see them. There are two sides to every story and you want them to hear yours.

9 thoughts on “The view from under the bus”