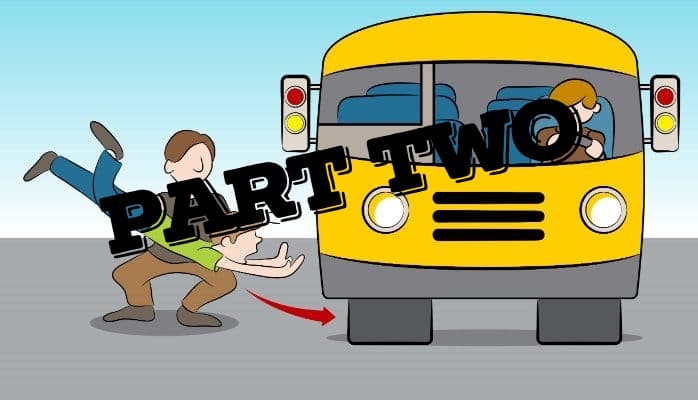 The bill currently working it’s way through Congress is a wolf in sheep’s clothing. It relies on the fact that most people don’t know the history of employer bankruptcy, and how the working people get screwed by the judicial system during these proceedings.

My cousin is married to a former airline pilot, who worked for Pan Am, and then Delta. He retired, and when Delta went bankrupt he and other Union (and non-union) pilots had their retirement benefits pulled out from under them. He’s several years older than I am, and I’m no spring chicken. He had to go back to work, and is still working.

Health benefits went on the chopping block. Creditors and the company get first dibs on available money, and it comes out of the hides of the employees. There is tension between the money that goes into building and running the company, and the employees and their labor that make an equal contribution. The company would not function without either, but the efforts and money put in by the employees is considered less significant. They can always get someone else to do the work.

Both are required for the company to thrive but the labor is not considered. I had read about this some time back and was outraged then. What happened to my cousin made it all the more real to me.

I mention this because this is what I see happening, if and when Postal employees get split off from the rest of the herd.

There is absolutely no reason for our health benefits to be affected, and there is no reason for us to have a separate retirement plan. All that they have to do is end the prefunding. That and our give backs should more than settle their financial situation but it hasn’t. That shows the control management has over the process.

I don’t know what our attorney’s and leadership are thinking when they say this is best for us, but that is a lot of horse hockey (to use a saying from MASH).

What I am saying may not happen, but if the past is prologue to the future, we are going to get screwed.
Oh did I mention, they’re non-union now?

3 thoughts on “The view from under the bus, part two”