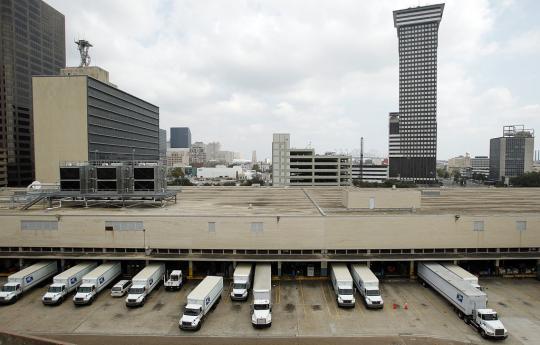 (January 27, 2015) When the Postal Service closes a large mail processing plant, it doesn’t just impact postal workers. There can also be significant indirect effects. Other people lose their jobs, business activity slows, tax revenues decline. The loss of postal jobs thus has a multiplier effect that ripples through the economy of the entire region. When dozens of plants are closed across the country, the multiplier effect has nationwide significance.

Last fall the American Postal Workers Union commissioned several studies about how consolidating mail processing plants and eliminating jobs would affect local and state economies. The reports show that the financial losses could easily exceed the amount the Postal Service expects to save from the consolidations.

The reports then estimate how these jobs losses will impact the economy of the community where the plant is located.  Since the consolidations also involve transferring some postal workers to another plant, the reports also look at the economic benefits that will be experienced in the gaining community.  Finally, the reports examine the net effects for the state or region with respect to job losses, economic output, and tax revenues.

The reports all tell the same story: While the consolidations may save some money for the Postal Service, the local communities and the broader regions will pay the price.

Here’s a table summarizing the results of the five reports.  (A more complete worksheet can be found here.)