Last week, the US Postal Service unveiled a stamp in remembrance of early LGBT rights crusader Harvey Milk. University of South Florida historian and author David Johnson knew how big of a step this was for the Postal Service — an agency whose predecessor, the US Post Office, in the 1950s and 1960s enforced very strict anti-gay obscenity laws. I talked with Johnson, author of The Lavender Scare: The Cold War Persecution of Gays and Lesbians in the Federal Government, by phone about the Post Office’s anti-gay past. Our conversation, edited for length and clarity, follows.

German Lopez: Let’s start with the Comstock Act. Can you explain the law and how the US Post Office enforced it?

The Post Office actually had the oldest federal law enforcement unit in existence — long before there was an FBI, for instance. They were always looking for fraud and theft and protecting the pony express.

Under the Comstock Act, they also investigated obscenity through the mail. It became quite an obsession for them — even more so, it seems, in the 1950s and 1960s than when the act was first passed. It seems to me that as the Supreme Court and other courts liberalized obscenity laws, the Post Office fought back.

GL: Based on my understanding, the obscenity issues culminated around gay men back then. How did the Post Office target this group, and why?

DJ: Gay publications, gay magazines, and gay penpal clubs were of particular interest to postal inspectors. They believed that any discussion of homosexuality and any depictions of male nudity were encouraging homosexuality in American society. And so in a sense it wasn’t that these were necessarily obscene, under shifting definitions of obscenity. But if the images were in any way about homosexuality, the Post Office considered them obscene and a threat to the public.

GL: So the Post Office felt these images led people to be gay?

DJ: They did. The Post Office thought these materials were encouraging people to be gay.

GL: How did the courts in general react?

DJ: The Post Office would almost always win obscenity cases in lower court levels, but they would always lose eventually at some higher court level.

But the Post Office would continue to bring these suits — almost as a form of harassment. In the process, they basically bankrupted a lot of publishers.

GL: As you mentioned, the issue eventually ended up in the higher courts. What did they decide then?

DJ: In 1958, the Supreme Court in the case of ONE Magazine said that mere discussions of homosexuality are not obscene.

In 1962, there was another case, MANual v. Day, and there the Supreme Court said that the physique photographs and male nudity or semi-nudity were not inherently obscene. The judges recognized that these magazines were being read by gay people and targeted toward gay people, and they said it’s fine.

GL: Can you give me an idea of what these magazines were like? Were they explicitly sexual?

DJ: No. They were usually nude from behind, and in front they wore what they call a posing strap. The publishers and photographers were also selling privately through the mail nude photos — the same version, without the posing strap.

There was no sexual explicitness at all. They were in no way more revealing than Playboy at the time. But because they were male images being viewed by other men, the Post Office considered them obscene.

GL: So there were multiple rulings, and the Post Office continued. Was there any sign that the rulings slowed them down?

DJ: No. In fact, it seems like the rulings spurred them on. It’s after the decision in 1958 that the postmaster general instigates his anti-smut campaign, goes public with it, and has postal employees and consultants go around the country talking about the issue. It’s almost like he was responding to the Supreme Court liberalization with it.

GL: So how exactly did the Post Office enforce these laws? Did they go undercover? Did they look at people’s mail?

DJ: They’re prevented legally from opening up first-class mail. They may have done it some — if they saw mail coming from known male physique publishers. Second-class mail wasn’t technically as sacrosanct. So they might have opened it up, and they might have claimed there was an accident — that it opened up accidentally and they had to act on it, because they saw it.

They would also infiltrate the mailing lists of these publishers or penpal clubs, so they would be receiving materials. They would go to people’s houses and search their houses. They would sometimes make educational visits to employers, letting them know that their employee was receiving this material.

Their goal was to get people to stop receiving the material and seek counseling. They were trying to cure these people.

GL: They would actually go to employers? That seems like it would have been very bad for the employees at the time and probably get them fired.

DJ: Yes, it was very bad. It was actually written about in The New Republic in the 1960s — these educational visits. People complained to the ACLU, and the ACLU has some of the best records of these visits.

DJ: Well, President Eisenhower certainly had no interest in taking them on. President Nixon didn’t, either. 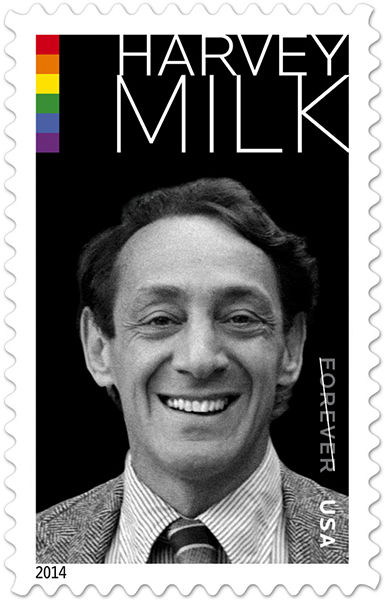 It was President Johnson who appointed a commission on pornography and obscenity, but the commission didn’t issue its report until Nixon was president. Nixon refused to accept the report and basically rejected it.

The report was a very serious study conducted over months and months. It concluded that pornography was not a problem: there was not an influx of pornography in the country, it was not dangerous, the average user or buyer was a middle-class, middle-aged man with no connection to sexual violence or anything along those lines. It concluded we should get rid of anti-pornography laws.

But the Nixon administration completely rejected the report.

GL: Given all of that history, how do you feel about the unveiling of the Harvey Milk stamp?

DJ: It’s great that the Postal Service is recognizing a pivotal figure in the LGBT rights movement. It’s also somewhat ironic, given their past efforts to suppress that movement.

via The homophobic history of the Post Office – Vox.