CARROLLTON, Texas — Steve Weinstein is asking the United States Postal Service if it’s standard procedure to toss deliveries on doorsteps after an expensive package got unceremoniously dumped on his front porch.

Weinstein’s home surveillance camera caught a delivery person tossing a package several feet onto his porch Wednesday. He posted video of the incident on YouTube and is looking to the USPS for an explanation.

“I just went back through the tapes to see if the carrier had delivered a package I was expecting from Japan,” Weinstein said.

Weinstein frequently uses Amazon to purchase a variety of items. As a hobbyist, he builds drones, works on ham radios, and is a tech enthusiast. He does big business through the mail.

When an expensive piece of equipment didn’t show up, he went looking for it. 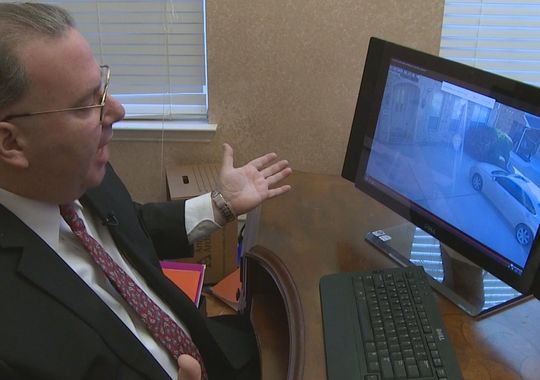 From his law office, Weinstein scrubbed through surveillance video on his iPhone, hoping the package had arrived while he was working.

He was stunned when he saw his package arrived by air, thanks to the carrier.

“This was a $4,000 piece of electronics, which was just shattered when I opened the box,” he said. “She could have walked one or two seconds more and set the package down, but instead she just threw it. This is a U.S. mail postal carrier.”

As for the destroyed package, Amazon is accepting the return and wants a copy of the video.

Weinstein isn’t concerned about the money he spent, he wants someone held accountable.

“If you go to someone’s house and take the mail out of their house — that’s a federal crime,” he said. “Well, it’s also a federal crime to destroy U.S. mail.”

“We apologize for the inconvenience this customer experienced in Carrollton, TX. Postal employees take great pride in their work delivering for the American public. The Postal Service invests in training all employees to ensure the proper handling of all packages entrusted to us. If we discover an incident of a package being thrown or mishandled, we investigate and take appropriate steps to remedy the situation with the customer and to prevent future incidents by the carrier or clerk involved.

“A thrown or mishandled package is unacceptable and does not reflect our commitment to our customers and the careful efforts of the thousands of professional, dedicated carriers and clerks in our workforce.”