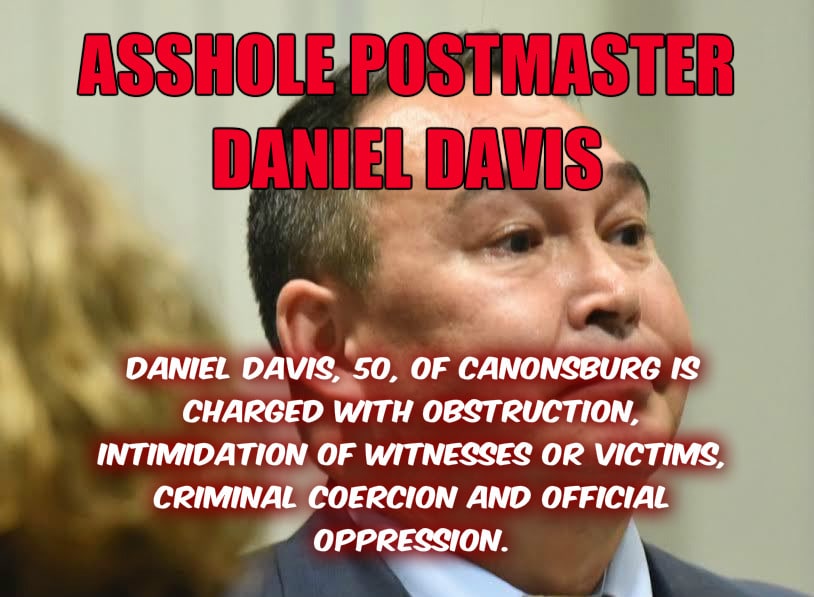 By Paula Reed Ward – March 15, 2016
The suspended Pittsburgh postmaster charged with intimidating his employees has asked a judge to throw out the charges against him, claiming that county prosecutors are trying to prove a federal crime.

Daniel Davis, 50, of Canonsburg is charged with obstruction, intimidation of witnesses or victims, criminal coercion and official oppression.

The charges stemmed from a federal investigation into allegations that Mr. Davis was illegally opening mail without permission.

No federal charges were filed, but Mr. Davis was accused of attempting to intimidate his employees who spoke with investigators. Four U.S. Postal Service supervisors claimed they witnessed Mr. Davis opening packages illegally.

During a hearing Monday before Common Pleas Judge David R. Cashman, defense attorney Joseph Chester argued the case should be thrown out.

“They want to be able to prove a federal offense in state court,” he argued.

Mr. Chester told the judge that his client did interdiction in opening mail, and did it 700 times in Toledo and 100 times in Pittsburgh without incident or complaint from postal inspectors, often recovering illegal drugs.

The Department of Justice was aware of the situation, Mr. Chester continued, and chose not to pursue charges.

Further, Mr. Chester said his client has heard from colleagues who were interviewed by the Office of the Inspector General, but the attorney has not received any discovery material relaying things they claim to have said that might be exculpatory.

“It’s a serious issue of due process,” Mr. Chester said.

Assistant district attorney Brian Catanzarite said that Mr. Chester’s motions lack specificity for what he is claiming and that the prosecution is unaware of any exculpatory evidence in the case.

In addition, Mr. Catanzarite said that the DA’s office has jurisdiction over crimes committed in Allegheny County, including the allegations of witness intimidation and related charges Mr. Davis is facing.

Although the DA’s office is not prosecuting the defendant for opening mail illegally, Mr. Catanzarite did say that it is central to the case.

Judge Cashman said he would issue a decision later in the week. Mr. Davis’ trial is scheduled for May 25.