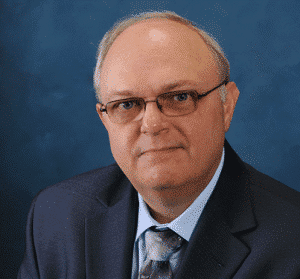 I appreciated the opportunity to enter a truly democratic process. Thank you to the 6618 APWU members who voted for me. Your voice will not go unheard.

First, I would like to congratulate Mark Dimondstein on the apparent election to his second term as American Postal Workers Union National President. Second, I also congratulate all candidates both who were successful in gaining office and those who may not have gotten the required votes to be sworn into an APWU office. Finally, thank you to all APWU members who chose to vote in our national election and those who did not because there will be a next time. I encourage all members to engage their union on issues that are close to their heart.

I sincerely need for all members to understand why I entered the 2016 election process and why I do not consider that entrance an effort in futility. My campaign began last April after APWU leadership announced the Legislative/Political Director would be moved into leading the APWU healthcare plan. This also included moving the longtime Retiree Director would be moved to lead the Legislative/Political Director’s role. All positions that were involved were elected positions by the membership. I considered this a travesty and a manipulation of the member’s democratic process. No explanation of why this change took place was ever given to the membership. It is important to understand the previous health plan director was paid a severance to retire. I spoke to that gentleman on the telephone and he told me he believed the current president supported a “postal only healthcare plan”. I would like to think there are more than 6618 who oppose a “postal only healthcare plan”. However, I can’t prove that yet.

I want to state my personal opposition to H.R. 756, the Postal Service Reform Act of 2017. This is a major concession on postal reform and one that will hurt all federal employees. It would appear the unions of the post office have adopted support of this legislation to improve their ability to sell their health insurance plans. I encourage all who follow 21cpw.com, the members of all four postal unions and all who support a truly public post office to stand against H.R. 756 as well. This proposed legislation is not in the best interests of individual postal workers, customers of the post office, or those who support organized labor.

It is my deepest hope and desire all available people would use the NARFE letter on this issue to contact their Congressman. As time passes I am very confident there will be many articles written against H.R. 756, the Postal Service Reform Act of 2017. I encourage you to read them and consider the language in detail. Then make sure you share them with as many people as you possibly can on the internet and social media. Please sign and share the petitions I’ve written as well. I encourage labor activists to protest the Postal Reform Act of 2017 and call your Congressman. Do not leave any stone unturned in showing your opposition to this legislation.

The 2016 APWU National Election had numerous appeals to both the union and the Department of Labor. To the best of my knowledge the Department of Labor has not resolved all those appeals. The potential exists the final determination of this election may be decided in Federal Court. I deeply apologize for not addressing the APWU elections earlier. For the last few months it has been important to me not to compromise those who might still have active appeals to this election. The last thing I would ever want to do is compromise anyone’s position who might have strong aspirations to hold office in the future. Plus, with all the supposed results showing landslide victories for everyone who was pictured on Mark Dimondstein’s flyer I didn’t want those who drink the cool aide to scream “sour grapes” or “sore losers”.

You can trust I will be involved in the next APWU national election cycle. I am uncertain now exactly what that involvement may include. I have not ruled out running for President again. However, it is just as likely it may be in a different role. The one thing I am certain is I will oppose anyone who supports watershed legislation such as H.R. 756 the Postal Service Reform Act. This is a bad move for an incredibly long list of people that starts with the hard-working people of the post office. Leaders of the four postal unions and NAPS should be ashamed to have shown support for this proposed legislation. If enacted it will be just as devastating as H.R. 6407, the Postal Accountability and Enhancement Act of 2006 to the postal customer and the postal worker.

One thought on “Statement on the 2016 APWU National Election and H.R. 756 by Jerry Stidman”