FOR IMMEDIATE RELEASE
Thursday, May 28, 2015
Staples, Inc. and Staples Contract and Commercial, Inc. Settle Allegations that it violated the Family Medical Leave Act for $275,000 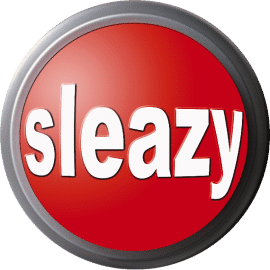 COLUMBIA, South Carolina—-  United States Attorney Bill Nettles announced today that the United States Attorney’s Office for the District of South Carolina, working alongside the United States Department of Labor, settled with Staples, Inc. and Staples Contract and Commercial, Inc. (collectively, “Staples”) for $275,000 amid allegations that it violated the Family Medical Leave Act of 1993, 29 U.SC. §§ 2601, et seq. (“FMLA”).  The United States contended that Staples, which owns a nation-wide chain of office supply stores, failed to provide notice of employees’ rights under the FMLA, which prevented employee Jeffrey Angstadt from making educated decisions about requesting leave when his wife was diagnosed with cancer and initiated chemotherapy and radiation treatments.  Specifically, the United States contended that:

As part of the Government’s settlement with Staples, Mr. Angstadt will receive $275,000, which consists of front pay, back pay, lost benefits, and liquidated damages.  Staples has agreed to promote compliance with the FMLA by providing training to it Human Resources and managerial personnel regarding FMLA notice and eligibility requirements, investigating and immediately remediating any complaint or potential violation of the FMLA, and posting FMLA enforcement posters at conspicuous places at Staples’ places of employment.

“The very purpose of the Family Medical Leave Act is to prevent the unfortunate fate of Mr. Angstadt, whose wife passed away last year,” said Mr. Nettles.  “The protections afforded by the FMLA are absolutely critical when an employee is faced with the need to care for himself or a family member; and this office will go to great lengths to ensure its enforcement.”