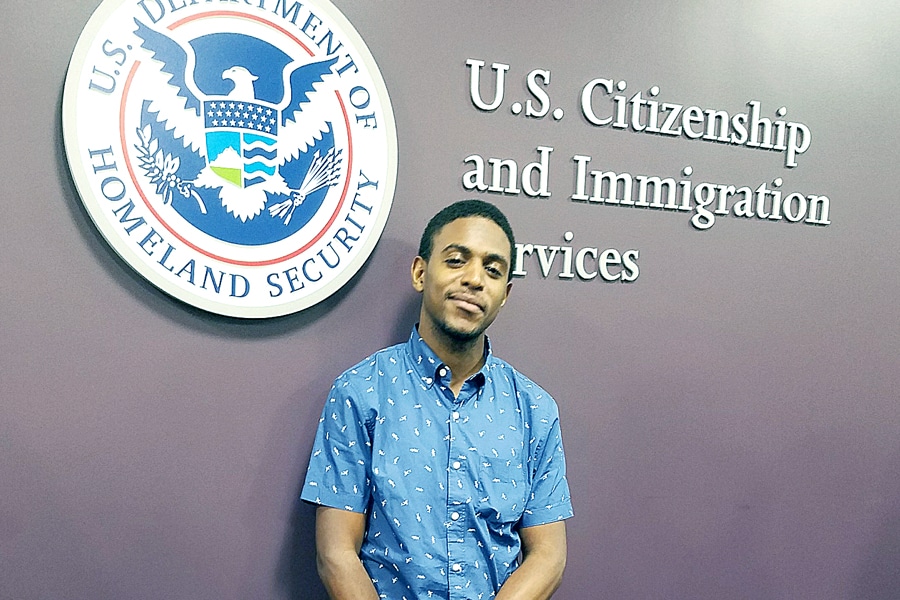 Adrian Scott’s supervisor was surprised when he asked for a day off recently.

He initially didn’t explain why he was unable to work — but as the day approached, he couldn’t contain his enthusiasm.

After months of preparation, Scott was about to take the oath as an American citizen.

“Since I moved here, the Postal Service feels like family to me,” said Scott, who immigrated to South Carolina from Jamaica two years ago. “The people are genuinely concerned about you, which helps with the stress throughout the day.”

Scott’s co-workers were excited to learn he was achieving his dream of becoming an American.

“This guy is an awesome employee,” said Customer Services Supervisor Carolyn Warren. “We are truly blessed having him.”

When Postmaster Ricardo Reed learned Scott’s news, he called and asked if he could attend the citizenship ceremony. Scott happily obliged.

“Adrian is pure gold,” Reed said. “He came to this country looking for the opportunity to have a better life, and in turn, he has made our lives so much better.”