In this video, Emma describes her experience that day and in the weeks that followed:

By Nancy Pope, Historian
Mail destined for the World Trade Center (WTC) was processed by the Church Street post office located across the street. The WTC complex was so large that it encompassed two zip codes, 16,000 addresses and required ten letter carriers whose daily rounds were made within its corridors. I’d like to relate the story of one carrier, Emma Thornton, whose daily rounds took her through the upper floors of one of the twin towers.

A long-time New Yorker, Emma worked out of the Church Street post office for over 20 years. She remembered watching the towers be built, and then watched in horror as they collapsed. Her route, 24D, covered floors 77 through 110 of the north tower, which was hit by the first plane that morning. Among her patrons were people she’d gotten to know over those two decades, including staff from the Windows on the World restaurant and financial firm Cantor Fitzgerald. As she said, “Every time I think about it, tears come to my eyes. A lot of my friends didn’t make it.” 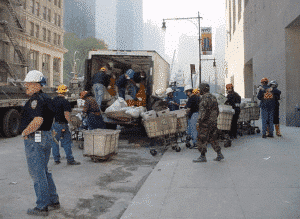 Due to the severity of the damage to the Church Street building after the attack, its employees were detailed out to other buildings. Delivery and customer service employees were re-assigned to the Farley building on 33rd street. Processing staff were told to report to the nearby Morgan processing center. The ten carriers who serviced the World Trade Center complex spent the next several months sorting WTC mail into sorting units in the Farley building. They continued to work the mail for the 16,000 addresses that made up the twin towers.

In the weeks following the attack I spoke to Emma Thornton a number of times by telephone, making sure that the museum was able to record her thoughts and memories of her route. While I was working on the story from the museum, two staff members traveled to New York to select additional items for our permanent collections. Among those items were Thornton’s sorting units. 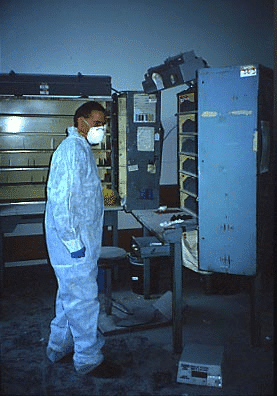 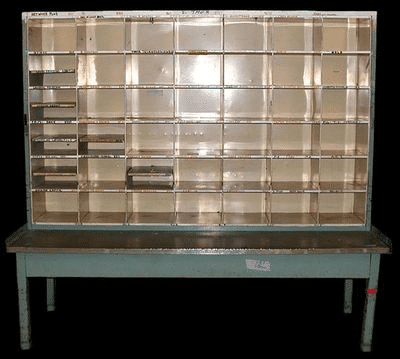 Pigeon holes in her package sorting unit, 24D-2, have labels listing the names of the larger firms on her route. This unit simply consists of a table with a mail sorting wing hinged to its proper left side and an attached sorting case with a light fixture to illuminate the shelves. Six cardboard shelves have been added to provide slots for additional customers. The smaller unit, 24D-3, was used for letter mail. 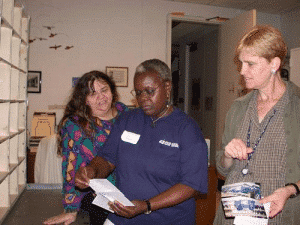 After the units were delivered to the National Postal Museum, we invited Emma to join us at the museum. She walked through the various markings on her sorting units, letting us know everything she could about the pieces. Emma’s visit was a high point in the story for museum staff. Her enthusiasm for her job and patrons was delightful to witness and helped bring these objects to life for our staff.

One thought on “Remembering September 11, 2001: A Letter Carrier’s Story”