Senator requests details from USPS about their sponsorship of the weekly Saturday morning TV show, ‘The Inspectors’

Press Release – December 14, 2017
WASHINGTON – U.S. Senator Claire McCaskill is demanding to know how and why the United States Postal Service (USPS) sponsors a weekly TV show on CBS. Last Week Tonight with John Oliver recently spotlighted the series, which airs on Saturday mornings and tells stories based off of mail fraud and scams that USPS inspectors targeted. 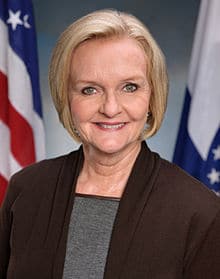 “I know postal inspectors do great and important work—but I’m not sure they need to be sponsoring a scripted TV drama when the agency is having such massive financial problems and closing post offices in Missouri and across the country,” McCaskill said.

The Inspectors is sponsored by USPS’ Postal Inspection Service and went on air in 2015, running on CBS on Saturday mornings. McCaskill wrote the Postmaster General requesting answers on who within the Postal Service approved sponsoring the show, how it is funded, and what metrics have been used to review the show’s effectiveness.

Since her time as Missouri State Auditor, McCaskill has been a leading voice in Missouri and Washington for cutting wasteful government spending. She became the top-ranking Democrat on the Homeland Security and Governmental Affairs Committee this past January. In McCaskill’s position leading the Committee, she has called for answers on questionable government contracts, such as one that left taxpayers on the hook for over $50 million in questionable costs, including seven luxury vehicles and $400,000 average salaries for significant others of corporate officers to serve as “executive assistants.” She recently demanded details from the Federal Communications Commission on efforts to follow through on almost $90 million in fines proposed against providers for the Lifeline program. During her first term in the Senate, McCaskill waged a successful six-year effort to crack down on waste, fraud, and abuse in wartime contracting.