The SEC’s enforcement action comes at a time when the agency has been focusing more specifically on brokers’ and advisers’ interactions with senior investors, and others investing for retirement, through the ReTIRE initiative of the agency’s national exam program and the work of the Broker-Dealer Task Force in its Enforcement Division. 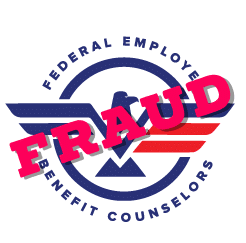 The SEC’s complaint charges an entity called Federal Employee Benefits Counselors through which the brokers targeted federal employees nearing retirement with sizable funds invested in the TSP. The complaint alleges that the brokers misled investors concerning significant details about the recommended variable annuity investment, including the associated fees and guaranteed investment returns. The brokers allegedly fostered the misleading impression that they were in some way affiliated with or approved by the federal government. In some instances, investors were led to believe that their funds would be invested in a product that was offered, vetted, or specifically selected by the TSP. According to the SEC’s complaint, the brokers sent investors incomplete or modified transaction forms as well as written materials they devised that obscured that the investment was a privately issued variable annuity with no connection to the TSP and would be processed through a private brokerage firm with which the brokers were associated. The brokers sold approximately 200 variable annuities with a total face value of approximately $40 million to federal employees, who used monies rolled over from their TSP accounts to fund their purchases. The brokers collectively earned approximately $1.7 million in commissions on these sales.

“As alleged in our complaint, these brokers were motivated by the prospects of higher commissions as they targeted federal employees age 59½ and over and intentionally obscured important details when recommending variable annuity purchases. They even allegedly excluded the words ‘variable annuity’ from some materials they shared with TSP account holders,” said Aaron W. Lipson, Associate Director of the SEC’s Atlanta Regional Office.

The SEC today issued an investor alert stressing that the TSP will never contact federal employees asking them to provide sensitive personal information and does not authorize third parties to provide counseling or investment-related services.

“Be skeptical if someone offers you an investment opportunity and claims to be affiliated with the federal government,” said Lori Schock, Director of the SEC’s Office of Investor Education and Advocacy.

The four former brokers charged in the SEC’s complaint are Christopher S. Laws, Jonathan D. Cooke, Danny S. Hood, and Brandon P. Long. The complaint charges them and Federal Employee Benefits Counselors with violating and aiding and abetting violations of some or all of the provisions of Section 17(a) of the Securities Act of 1933, Section 10(b) of the Securities Act of 1934, and Rule 10b-5. The SEC seeks disgorgement of ill-gotten gains plus interest and penalties and permanent injunctions.

The SEC’s Atlanta office conducted the investigation and will lead the litigation. The Broker-Dealer Task Force is led by Antonia Chion and Andrew M. Calamari.