By Kellie Lunney – August 6, 2015
The retirement claims backlog grew by nearly 2,000 applications between June and July, according to the latest data from the Office of Personnel Management.

The increase in the backlog during that month – from 14,511 unprocessed federal retirement claims to now 16,455 claims – is a setback for OPM, which had been steadily chipping away at the number of pending claims since March. It had projected a much smaller backlog of 11,442 claims by July 2015.

The agency received 9,862 new retirement applications in July — 1,862 more than it anticipated. OPM actually processed 135 more claims in last month than in June.

The governmentwide automatic budget cuts return in full force in October, unless Congress repeals them in September. Sequestration likely will put a strain on OPM’s ability to pay overtime to claims handlers, or hire new employees to tackle the work.

Clearing up the retirement claims backlog has been an ongoing struggle for OPM and a constant source of frustration for federal retirees and members of Congress, who hear lots of complaints from their constituents. OPM originally attempted to eliminate the backlog by the summer of 2013, but the onset of sequestration that year forced the agency to scale back its ambitions.

OPM has predicted it would decrease the number of claims by September to 11,042 claims, though that target is unlikely at this point. 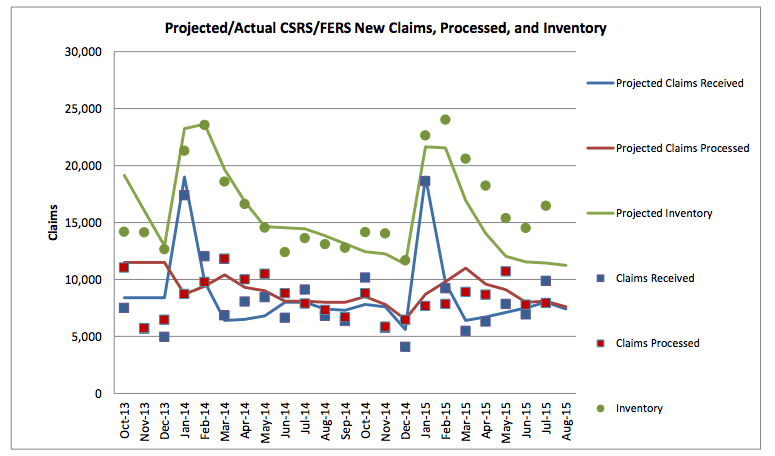