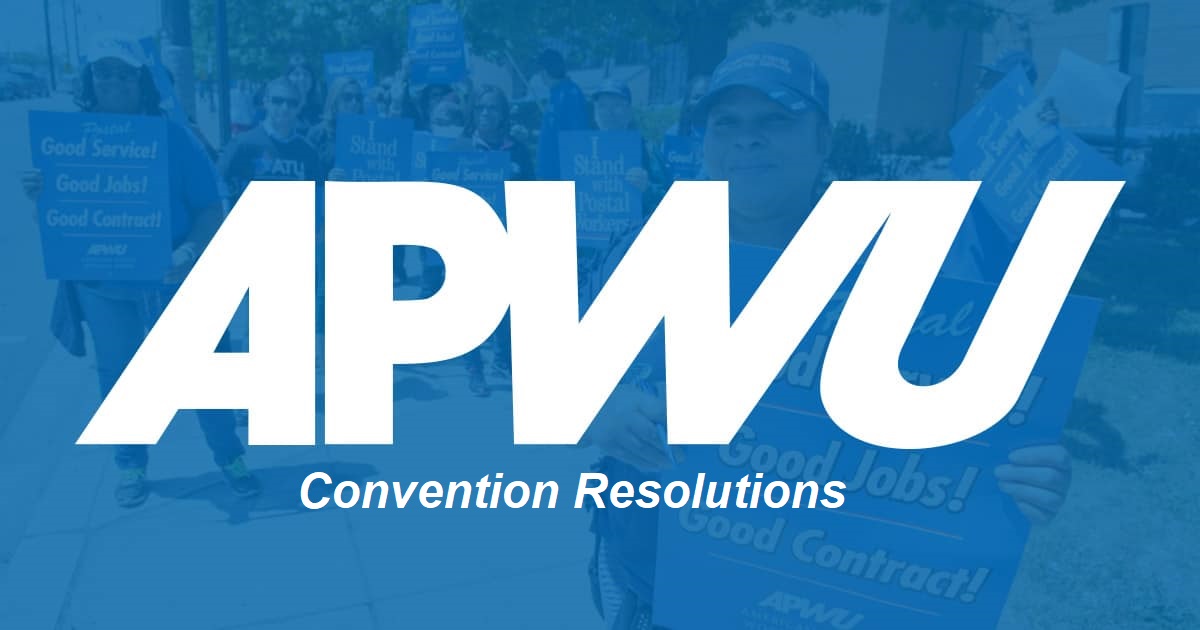 The proposed amendments states: “Resolved, to amend the American Postal Workers Union Constitution & By-Laws Article 6 “Representation” by adding a new Section 6 and changing current Section 6 to Section 7. New Section 6 to read: Whenever in Article 6, Section 1. there are references to National Conventions, local, state, or regional affiliates, organizations voting strength/representation such provisions will apply to Chartered Local and State Retiree Chapters with the exception that retiree chapters’ voting strength/representation will be one (1) vote for each hundred (100) members or fraction thereof. Retiree Department members who do not dwell within the jurisdiction of a Local or State Retiree Chapter shall be afforded the same cited proportionate representation in accordance with Article 6, Section 1. (f).”

1. This resolution only affects the National Convention. It does not have any effect on any local union or state organization.

2. This resolution involves members of the APWU Retiree Department who pay the $36 annual dues.

4. This proposed change does not permit a member of the Retiree Department the right to run or seek union office at the local, state, or national levels of the APWU.

5. The proposed resolution is a means to make retirees feel as if they are actually a part of the APWU.

6. Retirees were all long-time union members of the APWU. Many were union stewards and officers at all levels of the APWU – local, state, and national. When national needs participation Retirees regularly step up and get involved.

We are asking every local union, every state organization, and every national officer support this resolution. It does nothing to harm any APWU member.

Thank you for your consideration.