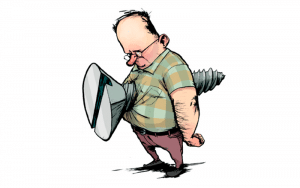 I made a recent comment on a post that offered the opinion that Postal employees are getting screwed when it comes to Medicare. I said that Insurance companies are getting a “get out of jail free” pass. I based that opinion on what we pay, rather than what we get.

When I first got involved with the APWU, we had an officer that negotiated the premiums we pay for health insurance. That came to an end when Ronald Reagan got elected, and appointed a new OPM Director.

Call me silly, but I am suspicious of the decision to take away our right to be involved in the rate-setting process of our health insurance. I question the amount that we pay into our insurance, and the increase that comes with adding Medicare. We may get additional ‘Bennie’s’ with Medicare, but I question the total amount we are paying.

I credited President Biden’s decision to fill vacant positions on the Board of Governors.
I was happy with the people he chose. I feel that there will be more transparency in the process.

When we went from “Department” to the US Postal “Service”, there was a lot of debate over “service” as opposed to “privatization”. The Congress split the baby and called us a service with a BOG. I see that as a contradiction. You can’t have a service and run it like a business. The BOG and the Congress have run the USPS as a business. They haven’t done a good job. They’ve done a lousy job. Our current PMG has told the BOG to stuff it. We finally have a few members of the Board who may help us out.

Our NEB (National Executive Board) has to tell the BOG that we want them to look at what we pay in the area of insurance premiums. I want them to see if we are being overcharged for either Insurance premiums or Medicare, when they are combined. I feel that the Insurance Companies are making out like bandits. We also need a BOG that looks out for the employees as well as the FIRM.

This site (21CPW) was created as an information sharing site. I know that there are a few people (Richards) who have been around longer than I have. Mike Morris knows Anton Hajjar well. One of our former officers once told me that Biller had a rule that no national officer could post on this site. Retirees are under no such prohibition.

I won’t take offense if your memories are different than mine.