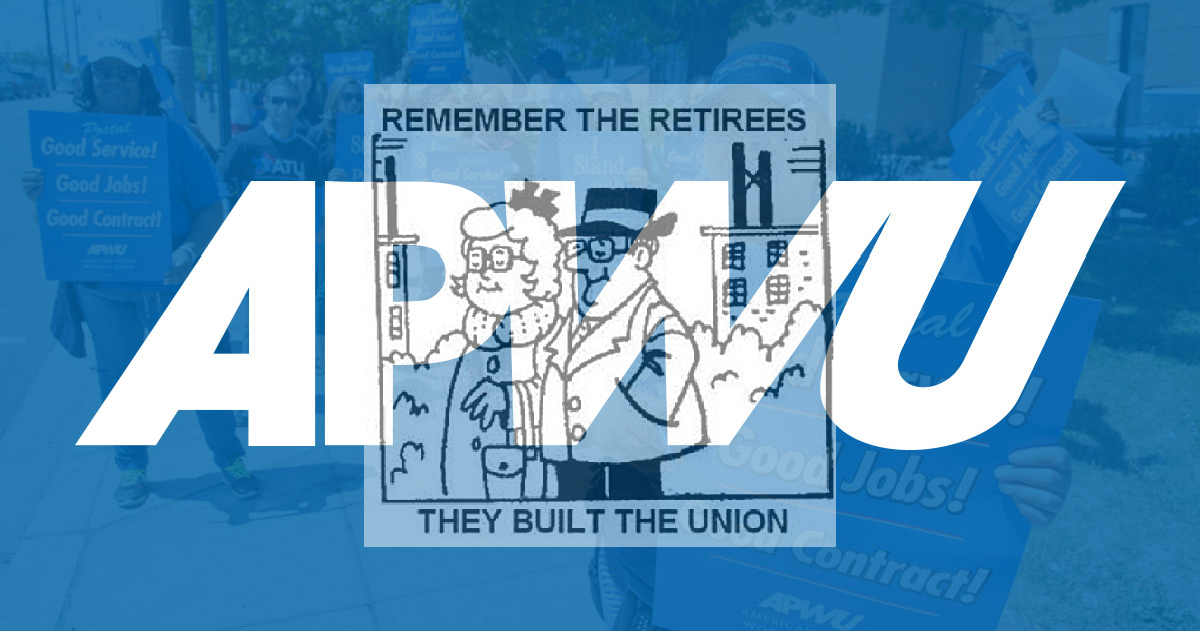 I sent this question to the National APWU Executive Board. Not sure if they will respond. My local involved Retirees from 2004-2017 and we never had a problem. This could happen to any local union and unfortunately the National APWU is unable to resolve the issue. – Bobby Donelson, Southwest Coastal Area Local Retiree Chapter President

What does this language actually mean?

Article 2 SEC. 12. The APWU shall encourage the formation of local, area local and state, retiree chapters of the Retirees Department in every state and territory of the United States, in order that all dues-paying retirees and their families shall have access to state, area local and local Retirees Department chapters to continue to fight for those issues which affect APWU members, retirees and their families.

If a local does not provide access to retirees and completely ignore retirees what is the retiree’s or retiree chapter’s recourse?

Retirees paid full dues to the local and the local has done nothing for them. Therefore, many have stop paying full dues.

I am seriously considering dropping my full dues paying status because the local and the National APWU has done nothing for the retirees of the Southwest Coastal Area Local. National and Local dues for a retiree is approximately $750 per years. Why should a retiree continue to pay full dues?????