For those who missed my Aug. 29 response to President Burrus’s comments about me, I am reposting it here: 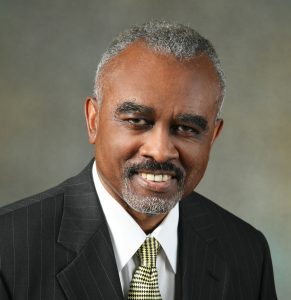 I read with interest a post from former President Bill Burrus in regard to my accomplishments. With all due respect, I have to disagree with our beloved Bill Burrus.

His attack on my integrity warrants a response, and I find it necessary to share a backdrop on his personal attacks and related disinformation.

Since his retirement from the APWU in 2010, I’m often asked whether I have seen or talked to Burrus, and I would say no, but it’s my understanding that he’s doing well.

When Burrus’s recent article was posted, several asked why he is attacking you, because they have always known us to be friends. I have always considered Bill a friend, and my preference has always been to keep it that way, but that changed at the 2010 National Convention.

For those of you who attended, you may recall that there was debate over a very contentious issue, Resolution C-217. I supported the resolution. It read as follows:

“That as a top priority in the 2010 negotiations, that our negotiators take all necessary steps to assure the retention of our members’ rights to health benefits in the Federal Employees Health Group Plan.”

Burrus, who was president at the time, relinquished the chair, went to the microphone and asked the delegates to defeat the resolution.

The vote was taken, the Chair believed the Resolution was defeated, division was called for, and a teller’s count was taken. I left the platform table, went to the convention floor and joined others to urge the delegates to vote in favor of the resolution. The resolution was adopted, the vote was 1211 Yes, and 435 No.

After the vote, while sitting on platform, Burrus whispered in my ear, “That severs all ties.”

It’s unfortunate that a principled disagreement over such an important issue affecting our members would cause someone to end a friendship and a professional relationship that lasted for over twenty-five years.

However, in supporting the resolution I did what I believed was right for our members, and I stand by my actions. I believed then and I believe now that remaining in the Federal Employees Health Benefits Program should be a priority.

As Industrial Relations Director from 1995 – 2010, I was responsible for national negotiations, contract administration and interpretation (excluding craft articles) of the contract. I also served as chairperson of the national negotiations committee. And, yes, I have played a major in the APWU’s success on behalf our members, contractual improvements, achieving positive changes – contrary to Bill Burrus false remarks and personal attacks.

For example, of my accomplishments at the national level, I am most proud of my role in winning restrictions in Article 30 on management’s ability to challenge locally-negotiated contract provisions, which postal unions had attempted to achieve for more than 25 years. I developed the strategy for the case and was the union’s expert witness at arbitration. And, yes, Burrus was Executive Vice President at the time.

Another example, is my role in APWU’s success getting language in Article 15 of the National Agreement that was similar to language I negotiated locally when I was president of the Philadelphia PA Area Local. And, yes Burrus was Executive Vice President at the time. The language required management to pay employees monies due within a specific time period, and when they fail to do so, provide payroll advances for settlements and back-pay awards. These are just two examples that also reflects my accomplishments as a local leader before to being elected to national office in 1995.

I ask that you visit my website at gregbell2016.com for information on my history and record of experience, leadership and accomplishments on behalf of our members – both as a national and local leader.

Burrus wrote, “I invite the membership to review previous National Agreement and the Step 4 interpretive Book to find the name and/or signature of Greg Bell as a participant in contractual change.” Well I did. For what it’s worth, you will find my name in the following National Agreements:

However, traditionally, the only union’s signature that you would find in the National Agreement would be the president.

In regard to the Step 4 Interpretive Book, it was originally referred to as the “Burrus Book” because Burrus compiled most of his Step 4 settlements, correspondences and related subject matters into the Burrus Book to provide to the field. Obviously, the primary name you will find in the Burrus Book is Burrus.

I’m reminded of the “straw man” argument – giving the impression of refuting an opponent’s argument (in this case my accomplishments), while actually refuting an argument that was never made.

Naturally, there are numerous Step 4 settlements, Memorandum of Understandings, pre-arbitration settlements signed by other officers, including myself. When I was Industrial Relations Director, I made such information available in the Collective Bargaining Reports and Memos that I sent out to the field.

Burrus stated that he has “achieve many contractual improvements without the involvement of Greg Bell” – I agree. I would never do anything to diminish his accomplishments.

At the end of the day, the facts remain the same – that of the three (3) candidates for Executive Vice President, I am the only candidate who has:

None of the above can be said of my opponents.

The election for Executive Vice President is not about idle slogans, campaign rhetoric or disinformation. It’s about which candidate is best able to represent our union and our members. It’s about electing a leader with a record of aggressive representation and accomplishments. It’s about electing someone who has also demonstrated the ability to perform the duties of the President in case of his or her absence or inability to perform the duties of the office. I believe I am that individual.

I never believed that the sun rises and sets on any one individual, even if you happen to be president. I appreciate Bill Burrus’s years of service and his accomplishments on behalf of the APWU and our members. As always, I wish him well.