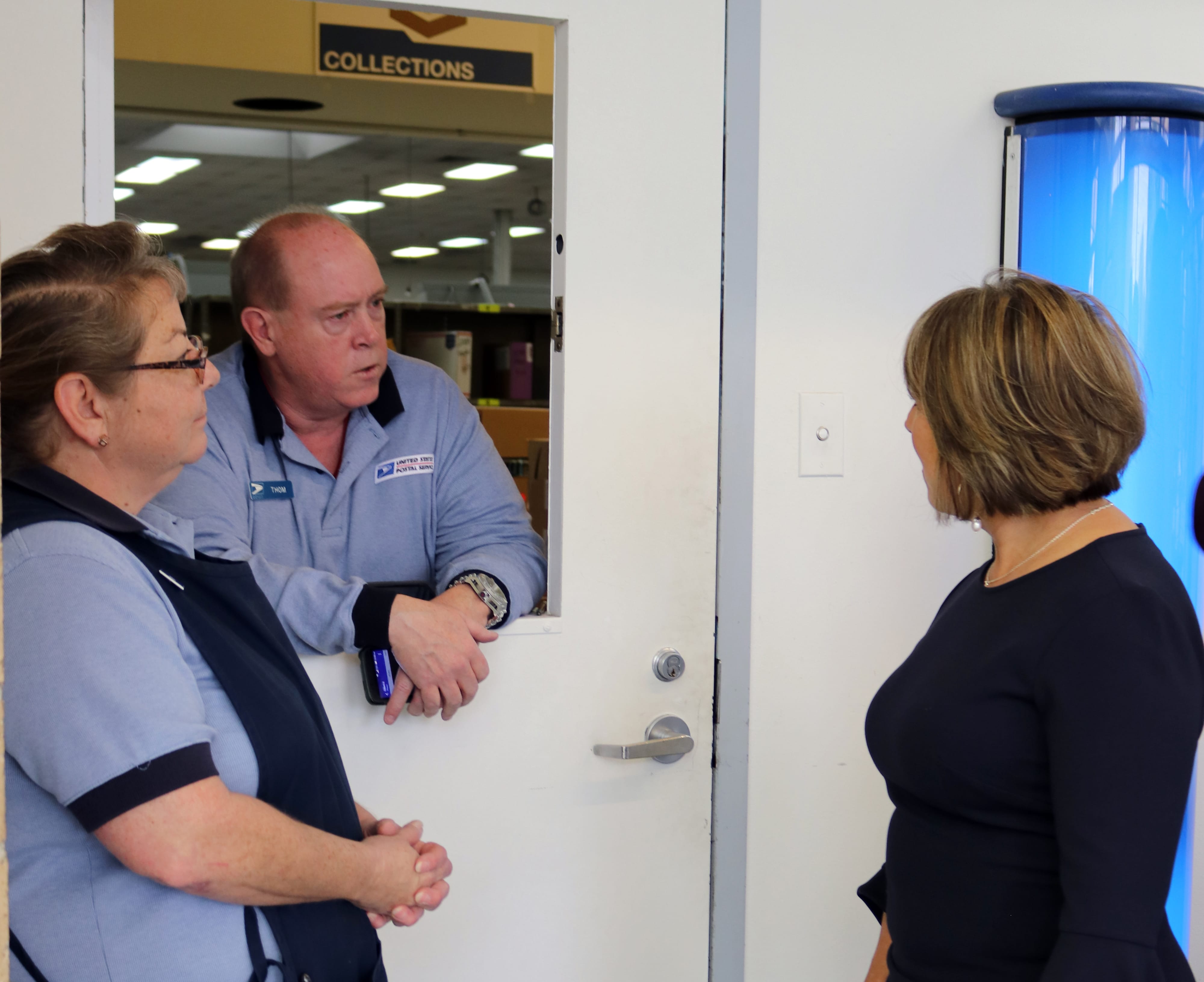 “It is unacceptable that USPS prohibited me from inspecting this facility, talking to impacted employees, and evaluating the working conditions in the building. This undermines my ability to respond to the concerns I have heard from members of the community and from USPS employees about systemic understaffing and underfunding issues at USPS facilities throughout Albuquerque.

“I am requesting USPS officials explain why the conditions at this location are not being improved, and why they’re interfering with my constitutional obligation to investigate issues that inform my work as a Member of Congress. Today, USPS closed the customer service area of this facility due to water leaks which impacts employee safety, employee productivity, and quality mail service for Albuquerque residents.

“Addressing postal service issues is extremely important because when mail is late and workers don’t have the support they need to do their job, businesses lose money, seniors have to wait for their prescriptions, and New Mexicans suffer. I thank Ken Fajardo and Dan Huerta, with the Local 380 American Postal Workers Union, for their leadership on behalf of all of the postal service employees who have dedicated their careers to this critical public service.”