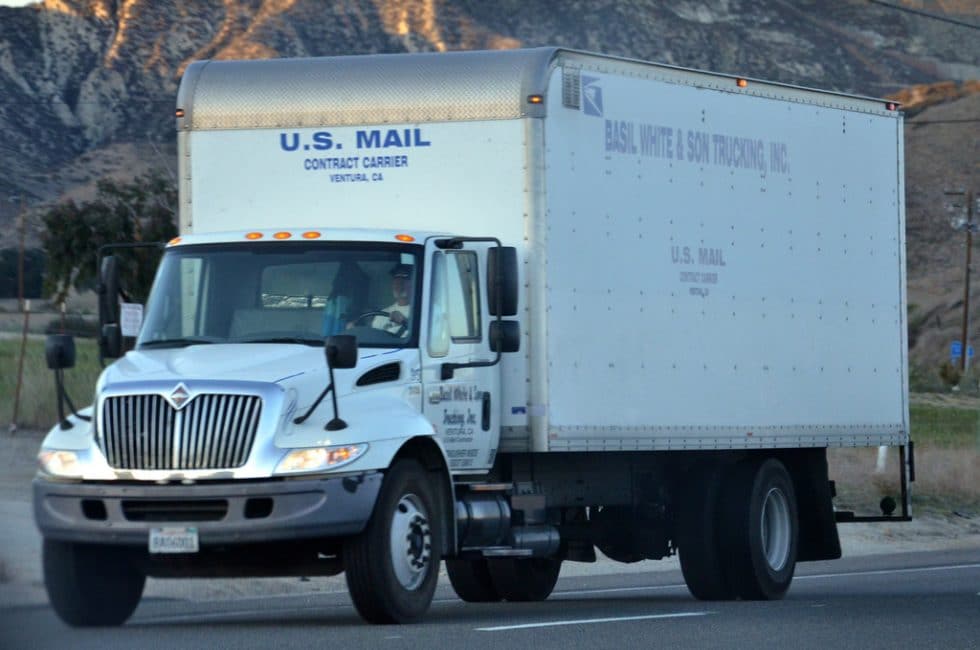 By Britain Eakin – December 2, 2016 
WASHINGTON (CN) — An association of private mail carriers has sued the U.S. Postal Service, claiming its cancellation of 102 contracts to give the work to Post Office employees will not save any money, but will cost the trade group’s members hundreds of jobs.

“The terminated contractors will lose more than $57 million in revenue per year, be forced to lay off longtime employees, and be left with idled and underutilized equipment and facilities,” the Nov. 30 complaint by the National Star Route Mail Contractors Association says.

The Postal Service is making the move to settle a labor dispute with the American Postal Workers Union. An arbitrator found that the Postal Service violated a collective bargaining agreement, said David P. Hendel, an attorney for the trade association.

Hendel said that an expert witness for the American Postal Workers Union estimated that in-house drivers cost $1.6 million to $3.5 million more per fiscal quarter than private contractors would charge for the work.

The arbitrator ruled that the Postal Service violated a “national agreement” that requires advance notice and discussion before it uses third-party contractors for specific routes, according to the lawsuit.

The arbitrator found it unlikely that the routes in question would have been granted to in-house drivers, even with proper notice, but nonetheless said the Post Office should dump the private trade group’s contracts, Hendel said in an interview.

“That hurts our people,” he said. “Essentially, we’re the whipping boy.”

The 3,000-member association says the move violates the Postal Reorganization Act, which allows the Postal Service to contract with third-party contractors or use in-house drivers.

The law stipulates that when choosing between the two, the Postal Service “shall use the mode of transportation which best serves the public interest,” and must consider the cost, according to the complaint.

“Here, neither the arbitrator nor the Postal Service considered the public interest or cost of using each mode of service,” the trade group says. “Indeed, converting 102 highway transportation routes to Postal Service employees will cost the Postal Service millions of dollars more than it would to continue with the existing contractors.”

The Postal Service says on its website that it is not taxpayer funded, so any increased costs from using in-house drivers will not come from taxpayer money.

“The Postal Service receives no tax dollars for operating expenses and relies on the sale of postage, products and services to fund its operations,” its website states.

The Post Office has struggled financially for years. It lost $5.1 billion last year, though its revenue increased for a second straight year by more than $1 billion.

The Postal Service continues to struggle, however, despite the revenue improvements.

“The Postal Service continues to operate under substantial financial pressure which demonstrates the need for legislative reform,” it said in a November 2015 statement.

The Postal Service said it does not comment on pending litigation.

The National Star Route Mail Contractors Association seeks an injunction preventing the Post Office from implementing the part of the arbitration award that strips its members of their contracts.

Attorney Hendel is with Husch & Blackwell.