Not only is President Obama’s latest nominee for the USPS Board of Governors, Jeffrey A. Rosen, another pro-privatization Republican, but he was also an advisor to Mitt Romney! Mitt had on his presidential platform to privatize the USPS.

Although there is not a single good candidate nominated, Jeffrey A. Rosen appears to be one of the worst, up there near James Miller III and Mickey Barnett. What makes him a bad pick is that he is a well-connected, aggressive, ideological attorney who is aligned with large corporations. He tried to dismantle Amtrak and is likely to try the same with the Postal Service.

On March 17, 2016, President Barack Obama nominated Jeffrey A. Rosen to be a Board of Governor with the U.S. Postal Service. Here is some information gathered on Rosen by Clint Burelson, Clerk Craft Director, American Postal Workers Union, AFL-CIO. 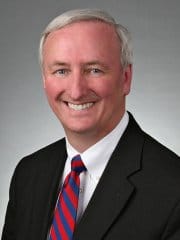 Rosen helped fire the Amtrak head and pushed for the privatization of Amtrak while serving as the government’s representative on the Amtrak board. Of late, Rosen has been pushing for limits on regulations that impact private businesses. In 2013, he testified in front of Congress in favor of the Regulatory Accountability Act, which would harm the ability of agencies like the EPA from making regulations in a timely manner. Wealthy interests like the Koch brothers are in favor of this bill, which passed the House earlier this year. See Rosen’s professional profile with Kirkland & Ellis, which shows his aggressiveness on reducing regulations on business.

Rosen, also close with the Chamber of Commerce, has given financial contributions to Republicans, most recently to Marco Rubio in 2016. Kirkland & Ellis has given money to President Obama.