This is what President Emeritus Bill Burrus has to say about each of the candidates for the Office of Executive Vice President: 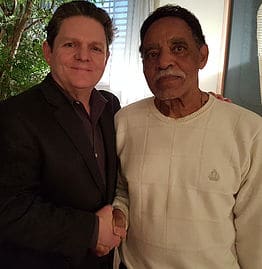 “It was my pleasure to meet with you and relive the past during your visit to the area. We discussed among many issues, your candidacy in the 2016 national election and as I informed you, while I did engage in the 2013 election because of the negotiated contract and its negative impact on postal employees, I do not intend to endorse candidates in any future elections. This refusal to make an endorsement does not alter the respect that I have had for you and your contributions to the union over a 30 year period. You have demonstrated a skill set of successful advocacy, effective negotiation outcomes and educational productions over a long and productive career. This drive and ability will serve the membership well.”

“I have read with concern in Greg Bell’s campaign literature, his alleged accomplishments as Director Industrial Relations from 1995-2010. He assumes responsibility for many positive changes and in an effort to fool the membership he carefully chooses to describe his involvement, claiming to have played a “major role” in achieving success. The time frame when most of these subjects were addressed, I served as Executive Vice President and President and in those positions achieved many contractual improvements without the involvement of Greg Bell. The assertion that he played “a major role” in achieving the positive changes is no different than a rooster taking credit for daylight because it crowed at sunset and sundown.

“I firmly believe that no one should achieve any elected office in the union by misrepresenting accomplishments to the membership – especially to the second highest office of responsibility, the Vice President. This is what Greg Bell is doing by taking credit for accomplishments achieved by others. The use of cute phrases like “he played a major role” does not mitigate the fact that he played no role in the achievements, spending most of his time reading arbitration awards. I invite the membership to review previous National Agreements and the Step 4 Interpretive Book to find the name and/or signature of Greg Bell as a participant in contractual change. In my view, his false claim of achievements disqualifies him as a serious candidate for the second highest office in the union.”