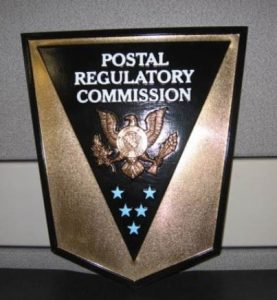 Washington, DC – The Postal Regulatory Commission (Commission) today made its recommendations to the President and Congress to address the volatile financial condition of the U.S. Postal Service. The Commission is required every five years under Section 701 of the Postal Accountability and Enhancement Act of 2006 (PAEA) to issue a report that evaluates how well the PAEA is operating and makes recommendations for legislation or other measures necessary to improve the effectiveness and efficiency of the Nation’s postal laws.

The Commission’s 2016 Report emphasizes the starkly different environment faced by the Postal Service since the enactment of the PAEA – a time when volume was growing and the Postal Service was earning revenues that exceeded costs. Today, mail volume has declined more than 25 percent since 2006 coupled with a total net loss of $5.1 billion in fiscal year 2015, despite an exigent surcharge that generated an additional $2.1 billion in revenue.

Twice this year, the Commission was invited to provide testimony at congressional hearings focused on the steadily deteriorating financial condition of the U.S. Postal Service. Specifically, the Commission was asked to share with the Senate and House oversight committees key findings of its annual Financial Analysis of U.S. Postal Service Financial Results. Testimony delivered by Acting Chairman Robert Taub described the fundamental problems facing the Postal Service: a growing liability for retiree health benefits; an inability to borrow for needed capital investments, such as new delivery vehicles and package sortation equipment; and the continued loss of high margin First-Class Mail revenues.

Acting Chairman Taub said, “It is clear, the most important legislative recommendations the Commission can make relate directly to improving the financial condition of the U.S. Postal Service. It is our hope that these recommendations will be the foundation for that effort.”

The Commission emphasizes the following recommendations that address the financial condition: