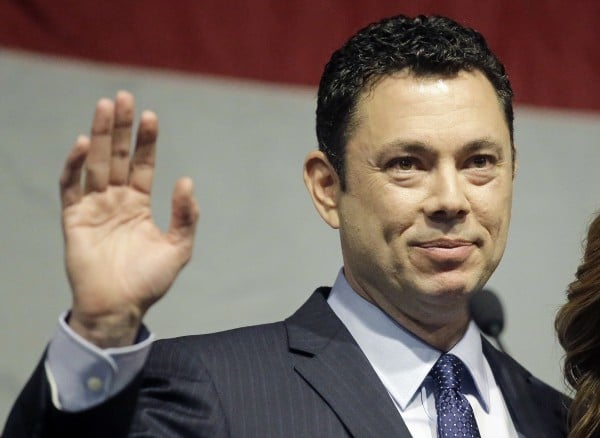 By Joe Davidson – June 27, 2017
Rep. Jason Chaffetz (R-Utah), now the former chairman of the House Oversight and Government Reform Committee, will leave a legacy when he quits Congress at 10 a.m. Friday, but we might not have his mug to remind us.

If incoming Chairman Trey Gowdy (R-S.C.) does as Chaffetz did, portraits of past chairmen will not decorate the committee’s hearing room. Chaffetz ended that long-standing practice, also followed by other committees, when he took over one of the most powerful panels in 2015, opting for photos of everyday Americans instead.

“Now that Trey Gowdy is the chairman, my guess is they’re going to put up a mirror,” Chaffetz said with a hearty laugh.

Chaffetz will leave the everyday Americans who are federal employees a legacy that includes a deliberate policy against bashing feds, as had been more common before he took the chair. Yet he promoted a punitive tax measure and other proposals that implicitly did just that. During an interview, he praised cooperation with the ranking Democrat on his committee, expressed frustration with his House Republican leadership and offered a conspiratorial concern about feds in the “deep state.” Chaffetz has mixed views on President Trump and was “pleasantly surprised that he is inquisitive and personally engaged” on topics including the federal workforce and U.S. Postal Service reforms.

I spoke with Chaffetz in his spacious Rayburn building office Monday as he prepared for his return to private life, which might be temporary. In addition to the boxes stacked along the wall, it’s noticeable what’s missing — a big wooden desk, a common Capitol Hill status symbol.

Instead, a circle of black leather chairs dominates the office, facilitating group discussions. A small table along the side is his workspace. He’s forged a strong working relationship with top committee Democrat Rep. Elijah E. Cummings (Md.), a passionate defender of the federal workforce, despite their heated differences on some employee issues.

For example, Cummings has fought Chaffetz’s repeated attempts to disqualify serious tax delinquents from federal employment, meaning some could be fired. While Chaffetz regularly praises employees, his legislation is a gratuitous swipe at a workforce that statistics show is more diligent at paying taxes than the general population.

Chaffetz, elected to a fifth term in November, recalled his accomplishments, disappointments and views on various topics during the interview.

Postal reform: After many years of trying, the committee under Chaffetz approved legislation to stabilize faltering Postal Service finances. The bipartisan bill was supported by postal management, unions and industry mailers. This major accomplishment, however, turned to frustration when the Republican leadership did not schedule the bill for a House vote.

That leaves him the “most frustrated and just flat-out disappointed … I’m fairly critical of my own leadership because I see no good reason not to move it. It saves money, it’s bipartisan and it’s desperately needed … I’m dumbfounded as to why it hasn’t been brought up.”

“There needs to be a swifter way to get rid of the bad apples,” he said. “There are certain protections that need to be maintained. … Employees ought to have an opportunity to make their case. … When somebody’s doing something truly horrific, we got to get rid of them.”

Federal unions: “I’m frustrated the unions weren’t more willing participants in trying to find that balance to get rid of the truly bad apples. … I wish they had the same vision I have … I wish they could see that one bad apple would truly infect a thousand. I wish they were more concerned about protecting the mass of federal employees by getting rid of the one who is causing all the disruption. … They seem to protect every employee no matter what, and that hurts the whole.”

Randy Erwin, president of the National Federation of Federal Employees, strongly disagreed. “Our interest is in preserving due process so that good employees have the protections they need to do their jobs on behalf of the American people without fear of unfair or politically motivated reprisal,” he said. “Those protections are essential to the functioning of our democracy. Our union has no interest in rigging the system to insulate genuine problem employees from the possibility of removal. Nobody benefits from that. … It is safe to say that we do not share Representative Chaffetz’s vision for the federal workforce.”

Federal compensation: On Trump’s proposed cuts to federal employee retirement, Chaffetz said that “there needs to be a more comprehensive approach.” He favors a defined contribution system instead of the defined benefit that provides federal pensions. In practice, that would result in workers paying more out of pocket toward retirement.

Chaffetz would like to see higher pay for some feds in critical positions, such as information technology. The IT workforce shortage, he said, is “the biggest personnel challenge that we face.”

Of course, Trump does a lot of things to embarrass himself and the nation.