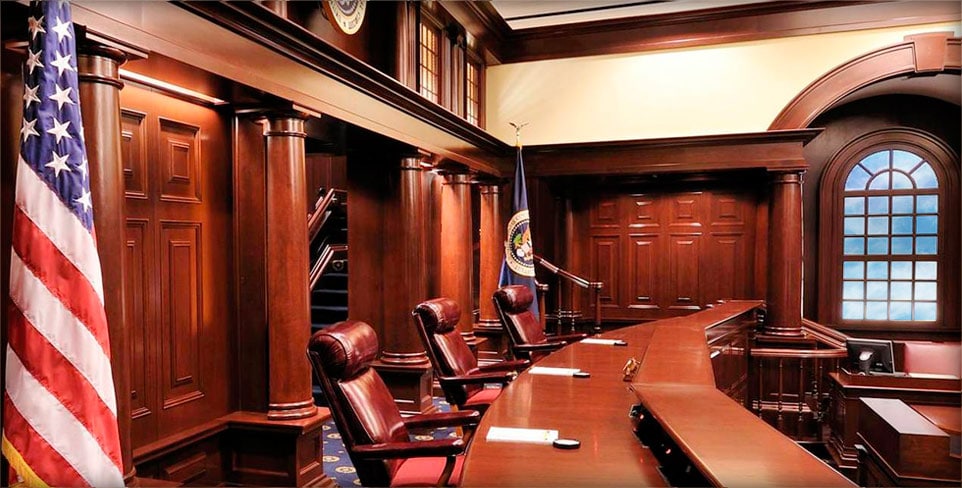 “The United States Postal Service removed Ramon Canarios from the position of Postmaster based on a charge of unacceptable conduct, supported by numerous specifications of particular incidents. Mr. Canarios appealed the removal decision to the Merit Systems Protection Board, which upheld the removal. We affirm.”

Mr. Canarios began working for the Postal Service on July 4, 1998. At the time of his removal, which took effect on August 12, 2016, he held the position of Postmaster, Executive and Administrative Grade 21. In that position, he was the highest management official at the West Linn Post Office.

The notice of removal charged him with unacceptable conduct and included ten separate specifications detailing particular conduct. The specifications included allegations that Mr. Canarios had made disparaging and inappropriate comments and displayed inappropriate behavior—vulgar, sexual comments and conduct—toward employees and customers, particularly female employees and customers, at the West Linn Post Office. Mr. Canarios, through his union representative, Ben Clapp, provided written and oral responses to the deciding official. On August 10, 2016, the deciding official found that removal was warranted, and Mr. Canarios was removed two days later.

Mr. Canarios appealed the removal decision to the Board. He testified and was represented by counsel at the hearing held on January 24, 2017. He denied the charged misconduct, argued that several specifications were part of an earlier (2009) investigation and that other specifications were too general for him to be able to answer, complained that the long investigation period caused irreparable harm, and contended that his supervisor was biased against him. He also argued that the Postal Service had violated his due process rights by failing to provide specific dates for the charged conduct and copies of investigation interviews relied on by the Postal Service in making the removal decision.

The Board affirmed the removal in an initial decision on March 20, 2017, which became the final decision of the Board on April 24, 2017. The Board found that Mr. Canarios engaged in unacceptable conduct, there was a clear nexus between the charged conduct and the efficiency of the service, and the penalty of removal was reasonable. The Board also found that the length of the investigation did not create harmful error and that the Postal Service did not violate Mr. Canarios’s due process rights.

We review the Board’s decision to determine if it is arbitrary, capricious, an abuse of discretion, or otherwise not in accordance with law; was arrived at without following procedures required by law; or is unsupported by substantial evidence. 5 U.S.C. § 7703(c). Substantial evidence is “such relevant evidence as a reasonable mind might accept as adequate to support a conclusion.” Abrams v. Soc. Sec. Admin., 703 F.3d 538, 542 (Fed. Cir. 2012).

Mr. Canarios has not identified reversible error in the Board’s findings and application of legal standards. In making its findings, the Board considered written statements, treated as sworn statements pursuant to a stipulation by the parties, from numerous employees describing specific instances of misconduct, including SA, JC, JR, DR, TN, HC, KM, LO, PB, RH, MB, and KB (the initials used by the Board to identify witnesses). It specifically found that the “record is replete with instances of [Mr. Canarios] swearing and using derogatory terms.” It also considered written and oral statements from Mr. Canarios denying the allegations and claiming the employees were lying. And, having seen Mr. Canarios testify, it found that his “testimony and statements regarding the events set out in the specifications lack credibility based on [his] demeanor, the inconsistency of his version of events with other evidence, and his bias because he is the subject of the disciplinary action,” and that he was not “forthcoming.” The Board, which was entitled to assess credibility and weigh evidence, had an ample basis for its findings as to misconduct and connection to the efficiency of the service.

Mr. Canarios challenges the factual finding in Specification 1—involving his use of certain derogatory expressions in referring to JC.  However, the Board’s finding was supported by written testimony from both JC and SA. The Board was entitled to credit that testimony and to reject Mr. Canarios’s (partial) denials and his suggestions of witness motivations to lie.

Mr. Canarios complains more generally that the Board failed to consider reasons the witnesses against him should be disbelieved. Specifically, he pointed to an incident in which his supervisor reprimanded him in front of other employees—which he said motivated employees to make false complaints because they did not like his management style. But the Board in fact considered that contention, reasonably finding the contention an insufficient basis to disbelieve the witnesses. The same is true of Mr. Canarios’s reliance on the absence of other complaints or grievances filed between the 2009 investigation and the start of the 2014 investigation. The Board found that “it is of little import as to what may have caused employees to come forward” and that a fear of retaliation, mentioned in employee statements, explained the prior reluctance to file complaints.

In a related vein, Mr. Canarios argues that the Board did not properly consider a statement of Ms. Bush that (a) she did not believe that Mr. Canarios would have made the comments alleged in Specification 2 to JC and (b) “he has always been courteous and professional.” The Board acknowledged Ms. Bush’s statement but did not discuss it further. We see no error. Ms. Bush’s statement does not indicate that she had personal knowledge of the Specification 2 incident, and the Board was not obliged to elaborate on why it was giving no meaningful weight to the general character endorsement in the face of the direct-witness statements about specific incidents. In short, we find no basis to question the Board’s analysis of what testimony to credit.

Having found unacceptable conduct, the Board found a clear and direct relationship between the conduct found and the efficiency of the service. Specifically, the Board found that Mr. Canarios’s conduct interfered with his ability to perform his duties satisfactorily, negatively affected the performance and morale of other staff, and eroded the Postal Service’s trust and confidence in him.  Mr. Canarios has not given us any reason to question those Board findings.

As to the penalty of removal, the Board found that Mr. Canarios’s misconduct was serious and recurrent. Mr. Canarios argues that the Board failed to properly consider his past work record, mitigating circumstances, and alternative sanctions. But the Board explained that the Postal Service had considered those penalty factors, under Douglas v. Veterans Admin., 5 M.S.P.R. 380, 305–08 (1981), which were relevant to the case, including: the nature and seriousness of the offense, the employee’s job level, the employee’s past work record, the effect of the offense on the employee’s ability to perform, and mitigating factors. The Board found that the Postal Service could reasonably deem Mr. Canarios’s past good performance at work and 18 years of federal service insufficient to outweigh the seriousness of the charges. More generally, the Board properly explained that the Postal Service had considered mitigating factors but found them insufficient to justify a penalty less severe than removal. Mr. Canarios has not shown error in the Board’s review of the penalty of removal.

Mr. Canarios argues that the length of the investigation constituted a procedural error, including a denial of due process, that warrants setting aside the removal. See 5 U.S.C. § 7701(c)(2)(A); 5 C.F.R. § 1201.4(r); § 1201.56(c)(1). The Board performed a harmful-error analysis regarding the approximately 600 day delay between the initiation of the investigation and the removal decision and found “insufficient evidence and argument, beyond conclusory statements, that any detriment actually resulted from the delay.”  We see no reversible error in that determination.

Mr. Canarios also renews his argument that he was not provided, before he had to respond to the proposal to remove him, the agency file containing the employee interviews that the Postal Service relied on in making its removal decision. But, while Mr. Canarios and Mr. Clapp, his union representative, testified that they had not received the interview files, the Board found that the Postal Service had in fact made the files available to Mr. Canarios as of May 23, 2016, through Mr. Clapp, which was ten days before Mr. Canarios’s written response to the charges was due. The Board pointed to supporting evidence: Mr. Clapp testified that he contacted the Postal Service and that he arranged for Aric Skjelstad to pick up the files; Cindy Mitchell, from the Postal Service Labor Relations office, testified that she provided the files to Mr. Skjelstad and offered a copy of the sticky note she had attached to the package, dated May 23, 2016; and Mitchell’s testimony was corroborated by her supervisor. We conclude that the Board had substantial evidence to find that the file was made available to Mr. Canarios.

Mr. Canarios further argues that the charged conduct lacks sufficient specificity to allow him to adequately respond. The Board found many of the allegations involved recurring incidents and that they were “not the type of incidents which someone would be likely to recall specific dates and times for.” (citing, as persuasive, Lewis v. Dep’t of Agric., 268 Fed.Appx. 952, 958–59 (Fed. Cir. 2008)). The Postal Service made the witness statements available to Mr. Canarios, and he had the opportunity to depose the witnesses. Substantial evidence supports the Board’s findings that the charges and specifications contained sufficient information to provide Mr. Canarios with notice and an opportunity to respond. The Board correctly concluded that Mr. Canarios’s due process rights were not violated.

For the foregoing reasons, the decision of the Board is affirmed.