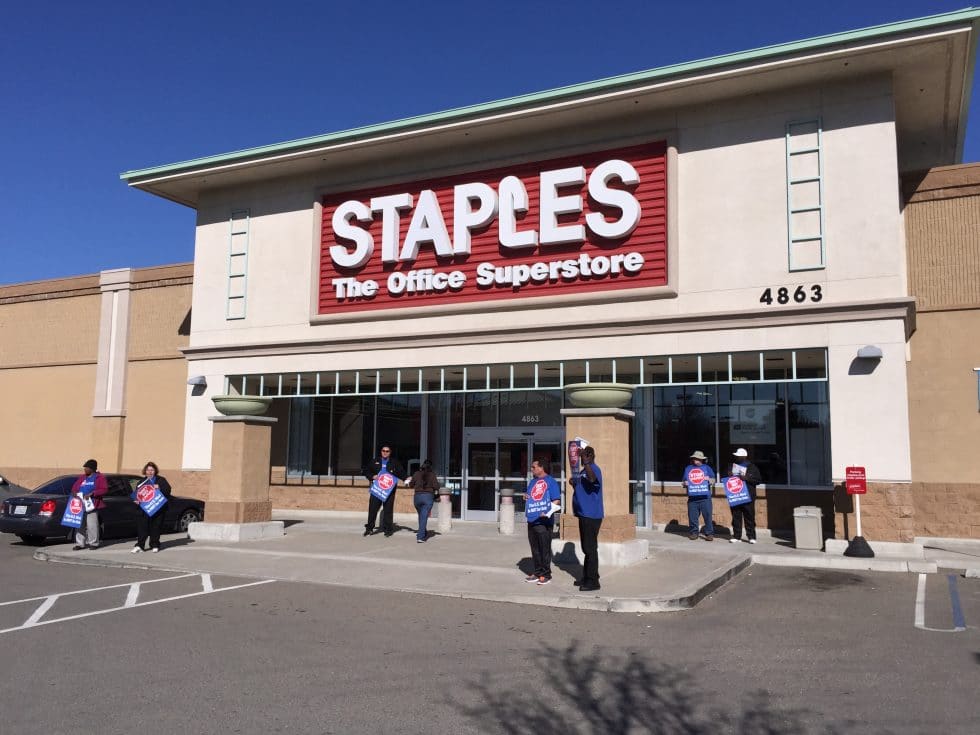 By Allen Payton – February 2015
Holding signs that read “Don’t Buy Staples” and “The U.S. Mail is NOT for Sale” members of the American Postal Workers Union (APWU) were protesting in front of the Antioch Staples store, on Friday, January 30, as part of an ongoing effort to stop the office products chain from handling mail.

“We are here to protest the partnership with Staples without postal workers behind the counters providing mail service,” said Alan Menjivar the Lead Stop Staples Organizer.

“They are Staples employees without training, nor sworn to safeguard the mail and provide proper mail services,” he added.

Postal workers are required to take 40 hours of classroom and 32 hours of on-the-job training to be qualified for the job.

“We’ve been protesting for a whole year after they started a pilot program for six months,” Menjivar said. “Then they changed to an approved shipper program to confuse the American people. But they’re still doing the same thing.”

This is about the 20th time they’ve protested at the Antioch Staples store. The workers at the protest are from all over the Bay Area.

“They’re here about every other week,” said Staples Store Manager Toreano Norris. But, that was all he could share, as he is not authorized to speak for the company.