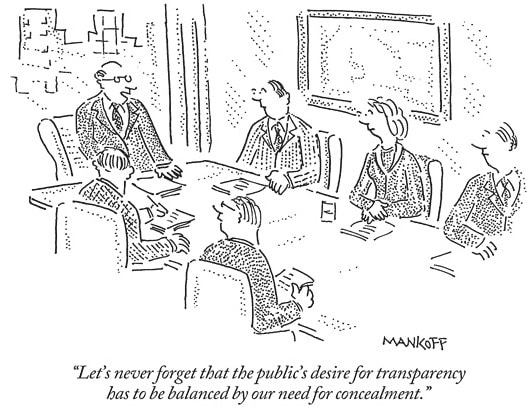 By Don Soifer – December 31, 2014
Early in 2015, the U.S. Postal Service will welcome a new chief executive — Megan Brennan, the first female postmaster general in the agency’s 200-plus-year history. She’ll have her work cut out for her.

The agency, thanks to its badly broken business model, is losing money at a calamitous pace. This year, USPS lost $5.5 billion. In the last five years, it’s lost $40 billion.

Worse, the Postal Service has maintained a culture of secrecy around its finances. Amidst these unprecedented losses, and the looming possibility of a massive taxpayer-funded bailout, improving financial transparency should be a critical priority for the agency.

The Postal Service is badly in need of a new accounting system, as reports issued in the past year by both its inspector general and the Postal Regulatory Agency have determined. The obscure and arcane system the Postal Service now uses doesn’t accurately measure its expenses. The agency only attributes about half its operating costs to specific products or services. It tabs the rest — tens of billions of dollars — as “overhead.”

Before it can right its finances, the Postal Service must adopt a more transparent accounting system, one that attributes all costs to the products and functions that impose them.

USPS can blame its financial difficulties in large part on the fact that people don’t send as many letters as they have in the past. Stamped letter mail volume fell by 2.8 billion pieces last year. In the last decade, it’s dropped by more than a third.

Present Postal Service management hopes that it will be able to offset that decline by delivering more packages. Between 2009 and 2013, the number the agency delivered increased more than 20 percent — thanks in no small part to the online shopping boom.

Package volumes are expected to grow 5-6 percent each year through 2017. But package shipping will not save but rather sink the Postal Service if it can’t get the business and finances right.

By law, USPS’ package delivery services must pay their own way. Federal law requires that the agency can’t use revenue from its letter mail business — where it has a legally granted monopoly — to subsidize its package business.

But USPS’ outdated accounting system makes it impossible to figure out whether the agency is following that mandate. And the Postal Service is behaving exactly the way you would expect a government monopoly competing with the private sector to behave.

According to its published results, the revenue from a conventional first class letter is about 1.7 times greater than its measured costs. A typical priority mail package, however, takes in just 1.3 times as much revenue as its attributed costs.

Consumers of the agency’s monopoly services may wonder, then, why the price of stamps went up 6 percent this year — while customers of priority mail and other competitive products saw price increases of only 2.4 percent.

The agency attributes just 55 percent of its costs to specific products. The Postal Service assigns the other 45 percent toward “institutional overhead.” But only half of that goes toward actual fixed costs, like utilities or vehicles, according to the latest report from its regulator.

Add it all up, and there’s no doubt that the Postal Service is understating billions of dollars in costs that could be attributed to specific products.

That’s especially troubling for taxpayers, who could be called on to bail out the Postal Service.

If USPS is to avoid handing taxpayers a huge bailout bill, the agency must scrap its opaque accounting in favor of a modern, bottom-up system similar to those in use in the private sector — and by seven of the top nine major postal economies worldwide.

Modernizing the Postal Service’s antiquated accounting system and improving its financial transparency should be top priorities for the new postmaster general. Absent such action, American taxpayers may have to put a multibillion-dollar bailout check in the mail.

Don Soifer is executive vice president for the Lexington Institute.

via Postal Service must come clean on costs.