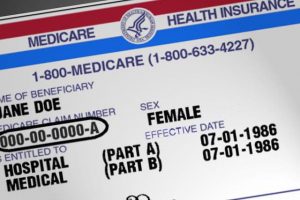 The 2016 Postal Service Reform Act (H.R. 5714) proposes shifting postal retirees’ primary health care coverage from the Federal Employees Health Benefits Program (FEHBP) to Medicare. Proponents call this a consensus proposal for integrating the FEHBP with Medicare. It is not. The proposal’s impact on both postal retirees and taxpayers could be substantial.

For taxpayers, the House bill would shift unfunded postal obligations to Medicare, which is already burdened by an enormous 75-year unfunded obligation. The bill also perpetuates 100 percent wraparound supplemental insurance, which provides “first dollar” coverage and “free” medical care. This arrangement drives excessive Medicare use, and thus imposes ever higher costs on both Medicare beneficiaries and taxpayers.

Postal annuitants would be forced to enroll in Medicare Part B while continuing premium payments to the FEHBP if they want to maintain any FEHBP benefits or choice among FEHBP plans. Paying two premiums instead of one is an unforeseen and unbudgeted cost to these retirees.

It is long past time for Congress to address FEHBP issues that affect all enrollees, not single out postal annuitants. Congress needs to consider a wider and more sensible range of options to deal with the underlying problems. These options would solve postal financial problems while reducing, rather than increasing, costs.

Source: Postal Service Health Benefits and the FEHBP: The Urgent Case for Getting Reform Right

2 thoughts on “Postal Service Health Benefits and the FEHBP: The Urgent Case for Getting Reform Right”